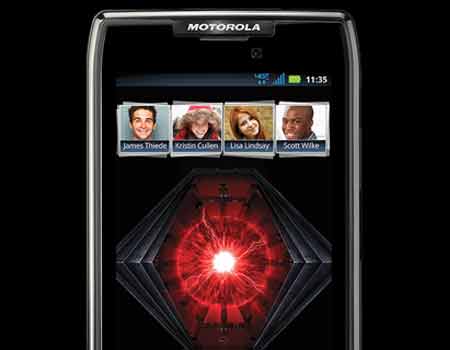 Existing Droid users who are looking to upgrade their phones may want to wait a little bit longer as the Motorola Droid Razr HD is all set to make its debut in October, along with the Razr Maxx HD. As is pretty obvious, these devices play successor to the previously released Droids, the Razr and the Razr Maxx.

The Razr Maxx is famous for its battery life that lasts for about 21.5 hours at a stretch and the HD version of this phone can only be expected to build up on the success of its predecessor. It is also believed that it will be slightly thicker than the Razr HD, in order to make room for the powerful battery.

The news about these handsets’ impending release has been revealed by reliable sources of Hot Hardware, says Phandroid. Reportedly, the company may postpone the release date of the phone if they do not happen to sell a stipulated number of current generation smartphones.

As is the case with the Razr and the Razr Maxx, the upcoming devices are expected to employ similar features except for the battery. Apparently, the HD version of the Razr hides a 2530mAh battery under the hood and the Maxx HD will be blessed with an even better power pack. Deployed with the Ice Cream Sandwich platform, they are likely to be outfitted with a 720p HD display each.

Although the Motorola Droid Razr HD and Razr Maxx HD are expected to release in October, there hasn’t been an official announcement from the manufacturer or Verizon Wireless, for that matter.