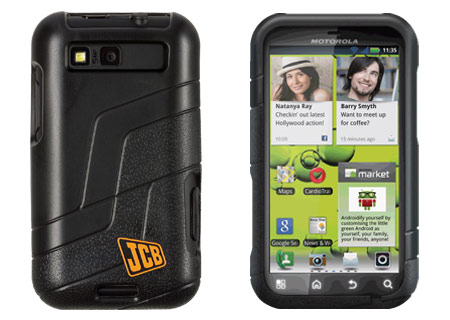 With the launch of the Motorola Defy+ JCB Edition smartphone, potential users in the UK are likely to be the first to get their hands on the rugged piece of hardware. This exclusive release is mainly targeted towards buyers who operate in demanding environments like construction sites and engineering sectors.

The smartphone may no doubt flaunt a different look on the outside, but its interior still houses the same hardware employed within the original variant. In fact, the only difference between both handsets would be the patented visco-elastic protective sleeve from JCB that’s draped on this new release. Claimed to be ‘work proof,’ it comes with a number of built-in applications such as a spirit leveler, a theodolite, a decibel meter and recorder, a torch, a unit converter, a calculator as well as a DIY store locator. 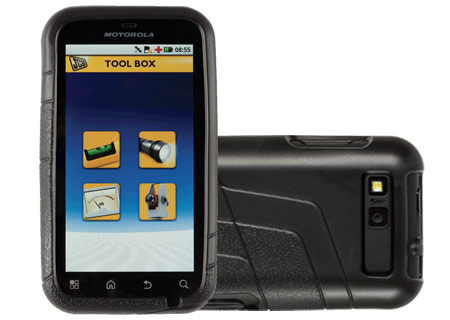 Victoria McManus, UK marketing director, Motorola Mobility, commented, “We’re thrilled to be working with JCB on this bespoke Motorola Defy+ device. The unique protective sleeve will pull on JCB’s years of expertise in the construction industry to help us reach a new audience who we know are in need of a life and work proof handset.”

Running on the Gingerbread OS, the handset houses a 1GHz processor along with a 3.7-inch display that’s coated with the Corning Gorilla Glass. It also comes with access to more than 300,000 apps from Android Market. With 2GB of internal storage and an expandable capacity of up to 32GB via the microSD slot, users can snap up images through the 5MP rear facing AF camera. And to compliment these components is a 1700mAh battery that is capable of delivering around 7.1 hours of talk time or 16 days of standby.

The Motorola Defy+ JCB Edition price amounts to £259.99 and it is available through retail stores in the UK.