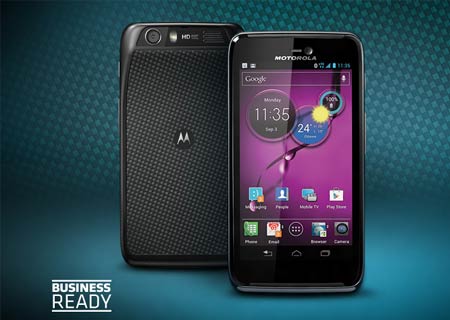 Belle Canada recently announced the arrival of the Motorola Atrix HD LTE smartphone which went official for AT&T as well. The device is scheduled to make its debut sometime during this summer, running on the latest version of the Android Ice Cream Sandwich platform.

This smartphone from Motorola is rugged and business-ready. Flaunting an 8.4mm slim profile, the entire frame is crafted out of DuPont Kevlar fiber and a splash guard shield designed from an invisible nano-coating. The front dons a 4.5-inch 720 x 1280p HD ColorBoost display with a scratch-resistant Corning Gorilla Glass coating. Powering up the handset is a 1.5GHz dual core processor and 1GB of RAM, while 8GB of built-in storage caters to memory needs. 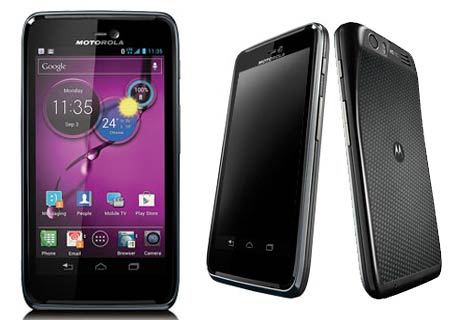 “Motorola Atrix HD LTE offers a smarter smartphone experience,” commented David Petrou, sales director, Motorola Mobility Canada. “It delivers shortcuts and convenience with Smart Actions – even extending your battery life so you’re never out of power when it matters most.”

In addition to the aforementioned features, the handset also sports a front-facing camera for Google+ Hangouts and video chat as well as a rear-facing 8MP one that can capture videos in 1080p FHD at 30fps. Users will be able to connect the device to external displays via an HDMI cable and view content such as videos, images and much more through Mirror Mode. To top it off, there’s access to over 600,000 apps and games from Google Play. 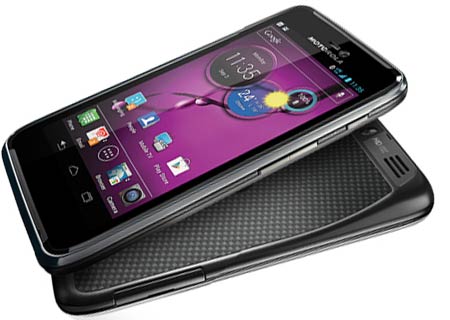 The Motorola Atrix HD LTE release date for Belle Canada is expected to fall sometime during this summer. Price details for the handset have currently not been disclosed by the carrier.