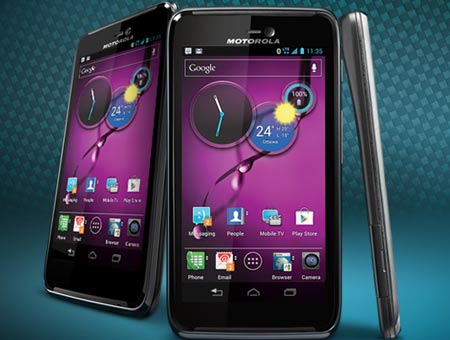 The Motorola Atrix HD Developer Edition is underway and it will carry the same set of specifications as its commercial counterpart. Additionally, the company has thrown in an unlockable bootloader, allowing software modders to tweak the OS.

The Atrix HD was unveiled back in July and before it was officially confirmed to arrive through AT&T, the device’s existence was leaked through its product page on Motorola’s website. Similar to the latest Razr family, this smartphone is designed with enhanced durability features including a DuPont Kevlar fiber exterior, a Corning Gorilla Glass-reinforced display and a splash-resistant nano-coating to avoid damage due to spills. 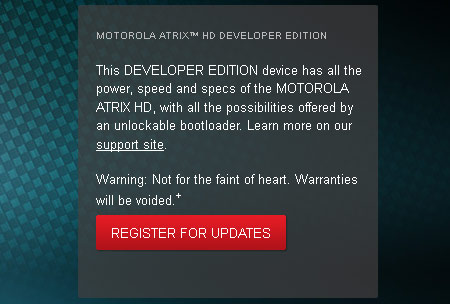 Coming to the technical components, the handset employs a ColorBoost TFT LCD display which measures 4.5 inches diagonally, proffering an HD resolution of 720 x 1280p. A dual core SOC from the Snapdragon lineup is embedded to ensure smooth operations with 1GB of RAM. Users will have 8GB of built-in storage out of which 4.7GB is available for hoarding content, and a microSD card slot for expansion of up to 32GB. The rear sports an 8MP camera, while the front houses a snapper for video calling.

Other Motorola devices that support an unlockable bootloader include the Photon Q 4G LTE, the Developer Edition of the Droid Razr M and Razr HD as well as the Razr I amongst others. A point to be noted is that unlocking the bootloader will render the phone’s warranty void. The company’s official blog points out that those willing to go through the process can find a complete step-by-step guide on the motorola.com/unlockbootloader page. 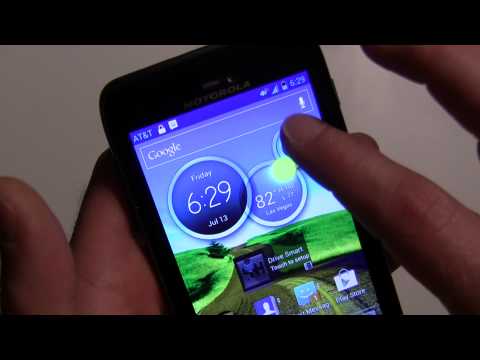 The price and release date details for the Motorola Atrix HD Developer Edition haven’t been unveiled as yet. Considering that the off-contract Razr HD and its Developer Edition possess the same retail tag, the device in question should be available for $449.99. The commercial version is available in the US through AT&T and it can be picked up for $99.99 with a 2-year service agreement. The handset is also up for grabs in Canada via Belle. 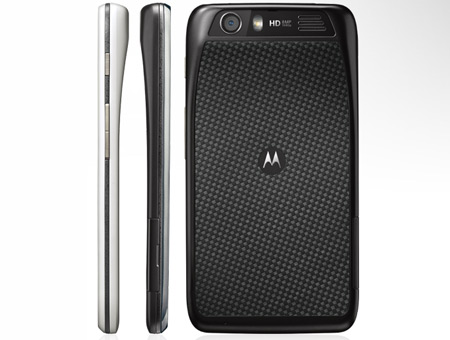