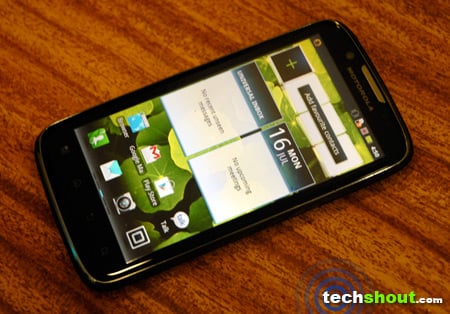 Dual core smartphones have literally flooded global markets and the Motorola Atrix 2 which we’re putting through a review is a bright contender in this pool of performance-driven devices. This iteration to the Atrix family made its debut in the US the past October, approximately 6 months after its predecessor was launched in the country. While everyone expects a successor to be better than its original, Motorola hasn’t quite adopted that formula here. In fact, you could say that the company is offering a slight variation in features and components through both aforementioned devices as they proffer comparable specs. So read on if you desire an in-depth view of this new member and its chances of survival against the tough competition it faces. 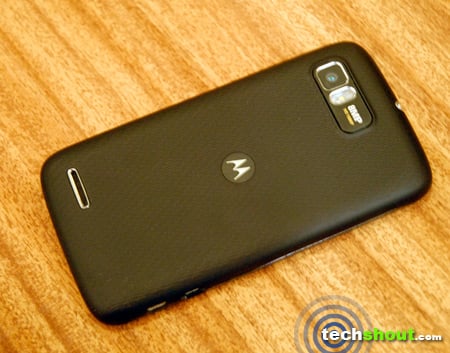 As we’ve mentioned earlier, Motorola hasn’t really beefed up the new phone much as compared to its predecessor. Similar to LG’s approach with the Optimus 3D and 3D Max smartphones, the Libertyville manufacturer has simply swapped a couple of components and carried out a few modifications to the form factor. So we’re basically going to run you through a full comparison of specifications employed in both. Firstly and most importantly, the older variant arrived with a Tegra 2 SOC and 1GB of RAM. While the latter bit remains the same in the new release, the processor has been replaced with a dual core 1GHz OMAP 4430 CPU tagging along PowerVR SGX 540 graphics. Both SOCs are built over the Cortex-A9 MPCore implementing the ARM v7 instruction set. So performance is solely based on implementation and modifications carried out by the respective manufacturers; in this case, Nvidia and Texas Instruments. 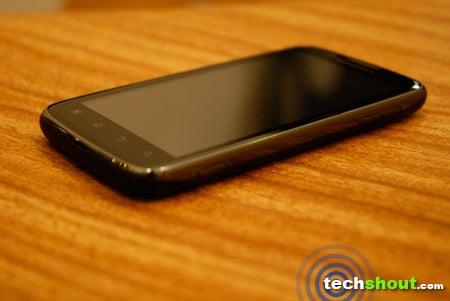 You can expect the visual experience to remain somewhat the same on the Motorola Atrix 2. Apart from stretching the display to an additional 0.3 inches (4.3 inches in total) the touchscreen still proffers qHD resolutions of 540 x 960 pixels. And while the phone now supports HSPA+ networks offering better download and upload speeds, the built-in storage has been cut down by 50% – that’s a drop to 8GB from its predecessor’s integrated 16GB hoarding capacity. One major bump in the specs is the addition of an 8MP AF camera with 1080p recording in place of the 5MP one on the forerunner. The things that have remained untouched here are connectivity features including the Bluetooth and Wi-Fi radios as well as DLNA certification, Motoblur and the microSD card slot supporting a total of 32GB. 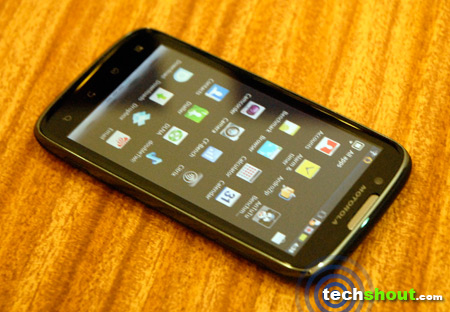 Motorola likes thinking out of the box when it comes to dressing up a few of its high-end devices. Well, the unit in our hands is an exception to the little extras the Razr and the Defy lineups feature. Now don’t get us wrong, the review handset sent over to us looks splendid; it’s just our habit of expecting a little more than the usual. What’s presented here is quite appealing and we must say, we’ve grown quite fond of the appearance. Just like most smartphones out there, the entire front is coated with Corning Gorilla Glass, leaving a small cutout for the speaker. The same old 4-button layout is featured below the display with the VGA webcam located above. A dark silver bezel runs along the sides, meeting a few components like the micro-USB port and micro-HDMI output on the left as well as the volume controls and dedicated camera button on the right. If you head north, you’ll find the 3.5mm audio jack and the power button affixed to the top. 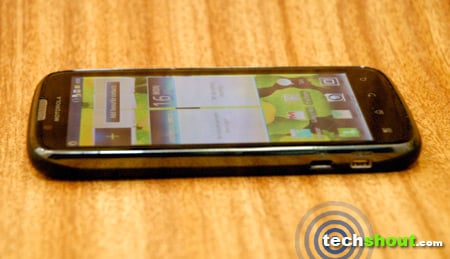 Over the past few months, we’ve been seeing a lot of highly flexible rear panels made from polycarbonate. And it’s good to know that the Motorola Atrix 2 takes on the same approach. The textured finish adds a little glam to the appearance, while the rubberized surface provides a pretty decent grip. The 8MP camera, LED flash and loudspeaker are visible on the rear and once you’ve ripped open the panel, you’ll be presented with the microSD card slot and battery compartment along with the SIM card slot, just beneath the latter. And that’s pretty much everything Motorola has fitted onto the chassis, leaving out the biometric fingerprint smart sensor found on the Atrix 4G. What’s more, the company has managed to slice out approximately half a millimeter here, leaving the smartphone at just 10.4mm thick, which is slimmer than the predecessor’s 10.95mm profile. 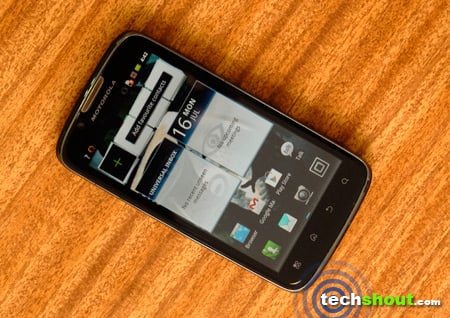 Let’s talk performance. The Motorola Atrix 2 is just as capable as any other dual core smartphone we’ve reviewed. And guess what? It’s got one of the fanciest and the most gorgeous interfaces we’ve seen on an Android handset till date. While transitions between homescreens and menus are smooth, you can expect the sudden lag to be an annoyance every now and then. The excess additions to the UI do take a toll on navigation. If you’re willing to overlook a few lags, you’ll surely love it. Browsing the web here is the same smooth experience you’d find on most newer Android phones, although gesture inputs such as pinch-to-zoom and double tap zoom are a bit sluggish. To top it off, the device takes its own sweet time when it comes to audio playback. Waiting for a song to start playing is like having to see a YouTube video buffer for a couple of seconds.

When it comes to gaming, we didn’t encounter any lags as such. However, GTA III did force close a couple of times. When it did run, we enjoying a smooth, free-roaming experience throughout Liberty City. We even ran a few other demanding games such as Riptide GP and N.O.V.A 3 and had them work flawlessly. Based on the results derived through the AnTuTu Benchmark application, our review unit scores 5016 points. So that’s another dual core Android device outsmarted by the Xolo X900 in benchmark tests. Complementing the bright and vivid images portrayed by the qHD display is the 8MP rear camera which does a fabulous job of capturing macro stills. However, images snapped up in low light settings appear dull and lifeless, while videos in FHD resolution look grainy with noticeable levels of noise visible during playback on an external screen.

The handset is beautifully crafted and has quite a sturdy appearance.

We really had a splendid time snapping up images (in well lit conditions) through the 8MP rear camera.

For the price you’d be paying, the device packs in more features than expected.

The UI is pretty smooth, although the sudden lag totally kills the mood for us and gesture functions such as pinch-to-zoom and double tab zoom are a bit sluggish.

All in all, the Motorola Atrix 2 is a fine smartphone, but we can’t really see how it’s better than its forerunner. What you’ll basically be left with is a similar type of processor, lesser on-board storage and a lot of familiar features. On the bright side, you get approximately 8.5 hours of Wi-Fi surfing through the 1735mAh Li-ion battery and a better snapper. We’re giving it an 8.4 out of 10 rating for being a nifty little slugger. You can pick up the smartphone for around $336 in the US or Rs. 22,990, if you happen to reside in India.