The Moto G Forte was just the original phone bundled with a bumper case and not a new variant, but it looks like Motorola has two new versions lineup up for launch, the Moto G LTE and Ferrari. The upcoming devices have been leaked in Mexico and they’re expected to go official in the coming months.

The Motorola Moto G LTE is, as the name suggests, a 4G variant of the original. As an affordable handset, the normal version didn’t arrive with LTE support to keep the cost low. According to Xataka, the phone in question will soon be treated to high speed cellular data connectivity for around $263. Motorola is most likely to offer this version with the high storage 16GB model, so you’ll have to shell out around $62 more for LTE connectivity. 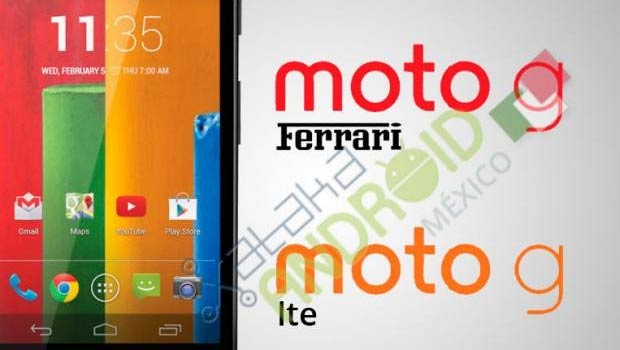 The source of the leak states that the hardware and features will be the same as the original. While there’s nothing concrete about the Moto G Ferrari, PhoneArena suggests that this variant will carry the sports car manufacturer’s logo like other Ferrari-branded devices from Motorola. The logo should be embedded on the front and rear. Where design is concerned, we’re most likely going to see the original handset arrive with a premium form factor sprayed in black and red hues.

Here’s a quick look at the Moto G specs: 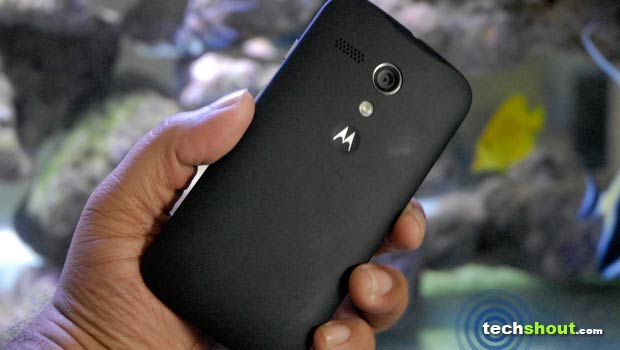 The Motorola Moto G LTE is said to go official in Mexico this June, while the Ferrari version will arrive sometime during H2 of 2014. In other news, the company is working on a new affordable smartphone under the Moto E brand. This device is expected to go on sale something next month.