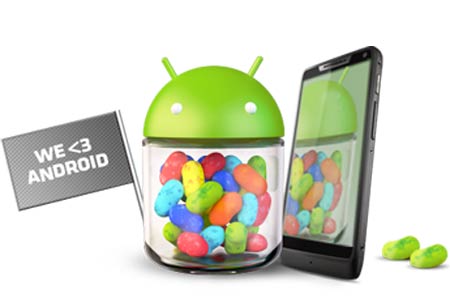 The Motorola $100 trade-in is now live for all 2011 and later smartphone owners in the US currently stuck on Ice Cream Sandwich or earlier platforms of the Android OS with no hope for an update to Jelly Bean.

To be eligible for the discount, the requirements are pretty much simple and straightforward. Customers need to be in possession of an Android device launched by the company starting last year. The list comprises of various handsets such as the Droid 3, Droid 2X, Atrix 4G, Atrix 2, Admiral, Cliq 2, Milestone 3, Milestone X2, Electrify, Photon 4G, XPRT, Titanium and Triumph. On trading in any one of these devices, buyers will have to choose from the latest Razr series or the Atrix HD in addition to the Electrify 2 and Photon Q handsets. 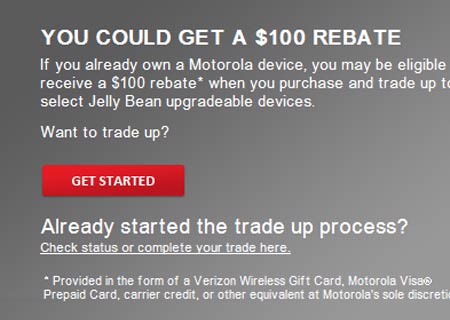 According to a post on the company’s official blog, the terms and conditions of a wireless contract will still be in effect and users might have to shell out an early termination fee for the trade-in. Also, the rebate will be provided in the form of a Verizon Gift Card, Motorola Visa Prepaid Card, carrier credit or through other means. 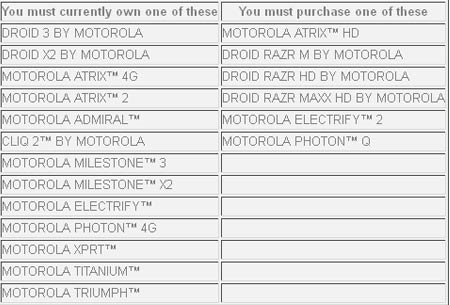 So those who aren’t satisfied with Ice Cream Sandwich and desire a taste of Jelly Bean the official way, can trade in their 2011 or later Motorola smartphones that aren’t eligible for Android 4.1 and get a $100 rebate on a handset that can be upgraded to the latest version of Google’s mobile platform through motorola.cebuyback.com. As stated earlier, this offer is effective only in the US as of now. However, the company does have plans to roll out the program to various other countries around the globe over time.