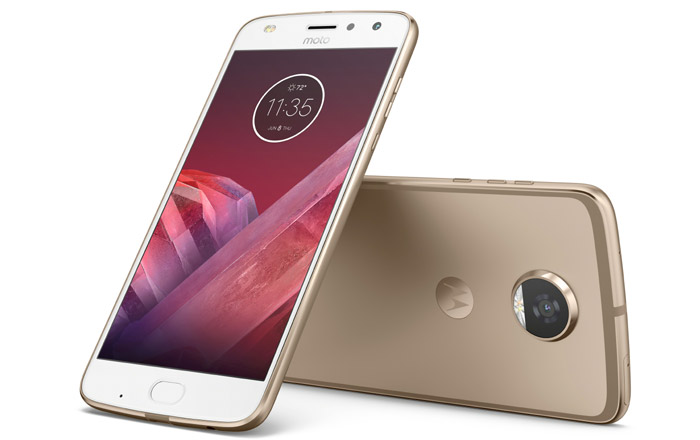 The Moto Z2 Play has officially landed in India just over a week after making its international debut. The handset has been priced at Rs 27999 and is set to go up for sale on June 15.

Motorola’s already put the Moto Z2 Play up for pre-booking via Flipkart and offline outlets till June 14. Early birds who pay Rs 2000 for it can opt to pay the balance in 10 EMIs at 0% interest via Bajaj or Home Credit. If that doesn’t appeal to them, they can swipe their card at select shops and convert the payments into a 3/6/9/12 months EMI scheme at no interest.

Pre-bookers will additionally get a Moto Armor pack that includes a back shell, aluminum case, protective film, and selfie stick. There’s also a discount of up to 55% on Moto Mods like the Hasselblad True Zoom and Moto Insta-Share Projector.

Flipkart is separately promising up to Rs 17000 off as part of an exchange scheme and 5% off for Axis Bank Buzz credit card owners. Motorola’s additionally tied up with Reliance Jio to give away 100GB of 4G data to customers.

Motorola had initially launched two versions of the handset, with one containing a 3GB/32GB setup and the other a 4GB/64GB one. It’s only brought the latter to India. The brand also took some time out to announce new Moto Mods namely the Turbo Power Pack 2, Wireless Charging Style Shell, JBL SoundBoost 2, slimmer power packs, and Moto GamePad.

Specifications of the Moto Z2 Play at a glimpse:

Unfortunately, Motorola hasn’t stated when exactly the fresh crop of Moto Mods will be making its way to India. In the meanwhile, you can buy the Moto Z2 Play via Flipkart.