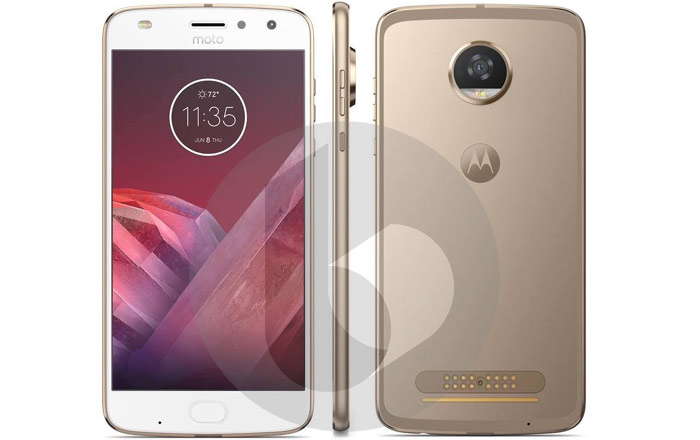 Motorola’s been in the news lately thanks to most of its 2017 lineup leaking online on an almost daily basis. One phone that has been conspicuously absent from the proceedings is the Moto Z2 Play.

This isn’t the case any longer since TechnoBuffalo has got its hands on what is likely the very first photo of the Moto Z2 Play to surface. The device looks just like its previous variant in most respects. The smartphone’s thinner body and wider home button are the most obvious changes, with the latter looking more like the Moto G5’s button.

The Moto Z2 Play’s apparently going to borrow the Moto G5’s One Button Nav feature as well. The tool lets users navigate the smartphone through swiping gestures on the fingerprint scanner. Unfortunately, the source behind the leak didn’t provide any specification details to go along with the snap.

The original Moto Z Play functioned as the entry-level model in the Z series, with its mid-range price tag allowing consumers on a budget to gain access to the world of Moto Mods. Other than this aspect, its main highlight was its 3510mAh battery which the brand promised could deliver 50 hours of power in one go.

Motorola probably won’t employ any drastic changes inside the Moto Z2 Play. Its predecessor was notable for being the only one out of the trio to feature a 3.5mm headphone jack. The picture above indicates that this is the case with the sequel as well.

The Moto Z2 Play might come out on June 8 based on the date seen on the lockscreen. We’ll keep you updated as and when more details emerge out of the woodwork.