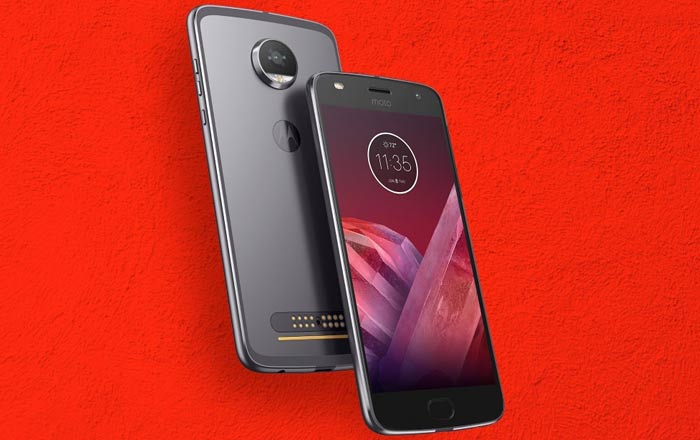 Motorola’s looking to drum up some excitement for its new Moto Z2 Play in India before even launching the phone in the nation. The brand has put the device up for pre-booking on its website and released a flurry of tweets to promote its arrival.

To recall, the Moto Z2 Play was launched in Brazil last week paired with 4 new Moto Mods. Motorola’s now announced that it will go up for offline pre-orders in India from 8 till 15 June. It’s bundled the smartphone with 3 deals to entice customers.

One involves paying up Rs 2000 and then settling the rest of the amount in 10 monthly Easy EMIs at 0% interest. However, this offer is only possible via Bajaj or Home Credit. Motorola’s also detailed an alternative wherein buyers can swipe their card and convert the payments to a 3/6/9/12 month EMI scheme sans any interest at select shops.

The second deal promises ‘great’ pre-booking offers on Moto Mods. Details are scare at the moment, so we’ll have to wait until 8 June to find out what exactly Motorola intends. Same goes for the third, with the company talking up a Moto Armor Pack that comes with protective accessories.

A quick look at the specifications of the Moto Z2 Play:

We’ll keep you updated the moment Motorola decides to reveal price and availability details for the Moto Z2 Play. The handset costs $499 (roughly Rs 32120) in the US.