Leaks about the Moto Z series have been flying in thick and fast for a while now, with the MotoMods modular backplates taking up most of the spotlight. A fresh batch of pictures now provides some insight into new StyleMod covers, alongside news of Lenovo’s Project Tango.

First things first, the Moto Z can be seen in all its metal glory above next to a bevy of the new StyleMod back covers. There appears to be two made out of wood, another two out of leather, and the last out of ballistic nylon similar to what we’ve seen previously with Motorola’s Droid Turbo lineup.

The new covers notably hide the connection pins for the MotoMods seen on the back of the handset. Previous leaks have indicated that the series of dots will serve to connect expansion parts like a pico projector or stereo speakers to the smartphone. Furthermore, a small circular hole can be seen on the bottom right corner of the Style Mods. 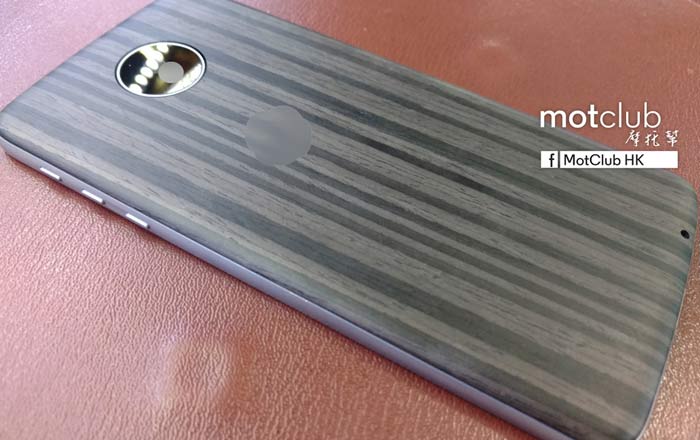 It’s not clear what exactly the opening could be used for. Moreover, there’s no telling whether the device in the snaps is the Moto Z Style or Moto Z Play. Both are expected to be revealed on June 9 at the Lenovo Tech World show in San Francisco. The brand is also getting ready to officially unveil its long-gestating Project Tango phone at the event.

Reliable leakster Evan Blass has now spilled a few vital details about the upcoming handset. According to him, the smartphone will be called the Lenovo Phab2 Pro. As can be inferred from its name, it’s set to be a massive phablet which will measure a whopping 6.4-inch in terms of display size and offer a QHD resolution.

We’ll keep you updated regarding the Moto Z series and Project Tango smartphone the moment the devices become official.