The Moto Z Play has finally seen the light of day at IFA 2016 after months of numerous leaks and rumors about the third member of Motorola’s modular Z family. The handset more or less operates as the most affordable gateway to using the brand’s Moto Mods accessories, which now has a new addition in the form of the Hasselblad True Zoom mod.

While the Moto Z Play looks similar to its siblings, the phone is distinguished by the fact that it has a glass back instead of the metal one seen in the other handsets in its lineup. Motorola claims the smartphone ships with the brand’s longest-lasting battery ever, promising 50 hours of power at a stretch. 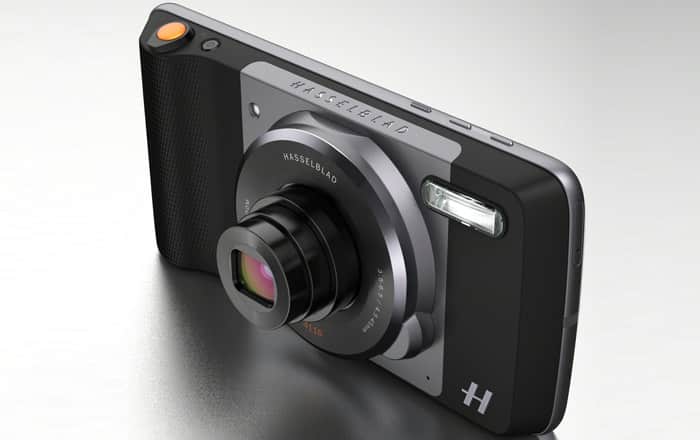 The 3510mAh battery can additionally survive for 15 hours after just 15 minutes of TurboPower charging. In good news for people who lamented the loss of the 3.5mm headphone jack in the Moto Z and Moto Z Force, the new offering features the port at the bottom.

As for the Hasselblad True Zoom mod, the snap-on accessory lets users simulate the experience of using a point-and-shoot camera complete with 10x optical zoom, 13MP sensor, Xenon flash, and dedicated shutter button. It further allows owners to shoot in RAW format for added flexibility and control. It’ll hit pre-sale in the US on September 8 at $249.99 via Verizon and $299 through the brand’s site.

A quick look at the specifications of the Motorola Moto Z Play:

The Moto Z Play will set you back by $408 ($17/month) in the US under the name Moto Z Play Droid Edition via Motorola’s website and Verizon on September 8. The unlocked variant of the phone is coming out in October priced at $449.99 only.