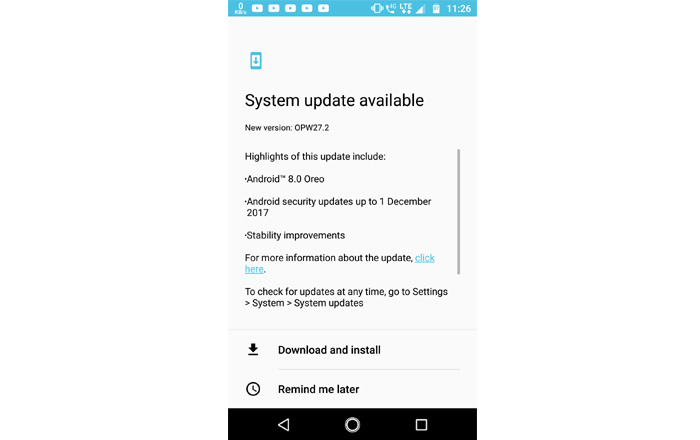 Motorola has begun beaming out Android 8.0 Oreo for the regular version of the Moto X4, less than a week after doing the same for the Android One model. The roll out appears to have kicked off in India first, but should expand to other countries soon.

The Moto X4 made its way to India just last month, so the turnaround time for new users will be pretty quick. The update arrives under the version number OPW87.2, the same as the Android One iteration. The biggest change is naturally the switch to Oreo, but there are also stability improvements and Android security updates up until 1 December 2017.

Other than the Android Moto X4, even the Moto Z2 Force got its hands on Oreo last week. The Verizon-bound model of the device began getting the promotion first and will likely be followed by other carriers and unlocked models soon.

Motorola offered a bit more detail for its shatter-proof modular smartphone, stating that apps would run faster and smoother, emojis would get redesigned, and applications would launch or take action based on highlighted text after the transition to Oreo. Plus, the home screen icons are getting unread badges and the call screen is sporting a new design.