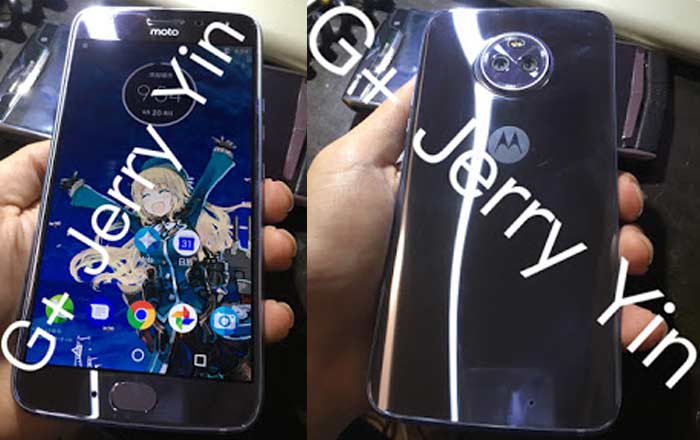 Motorola’s upcoming Moto X4 has gotten leaked pretty frequently over the past few weeks, including a list of detailed specs and press renders. The handset has now shown up online in the form of 2 hands-on photos that offer a better look at how the phone will appear in real life.

The dual camera module is the Moto X4’s most striking aspect, catching the light to form an ‘X’ in between the 12MP and 8MP lenses. The Moto batwing logo can be seen on the back as well, ditching the series’ usual dimple for a flat design. The entire rear and front surface appear to have been outfitted in 3D Glass.

A secondary noise cancellation mic can be spotted at the bottom of the Moto X4’s back, while a primary mic is present up front next to the home button. There’s apparently a 16MP selfie shooter at the top. The screen reportedly measures 5.2-inch and outputs a 1080p resolution. A 3000mAh battery is said to power the smartphone.

The Moto X4 is set to get announced at an event in Brazil on August 24.