At its much hyped event, Motorola unveiled not one but two new flagship smartphones in the form of the Moto X Style and the Moto X Play. While one among the two happens to be a top-tier model with highly advanced specs, the other falls into the mid-range category with its modest specifications.

The company has also unveiled a third-gen Moto G handset which is already on sale in India. It should be noted that the said handset will for the first time be joining the Moto X range in the Moto Maker program that’s available in select markets.

Moto X Style
This new phone from the American company has been blessed with a large 5.7-inch QHD display. Powered by the hexa core Snapdragon 808 processor it delivers 3GB of RAM and can be purchased in the form of storage options ranging from 16GB and 32GB to 64GB. Moreover, microSD support allows you to expand the storage up to 128GB more. 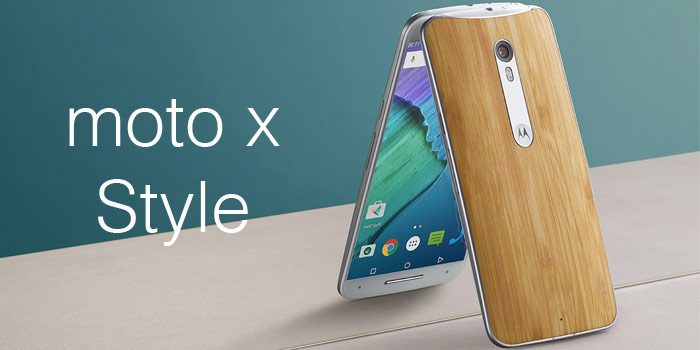 Addressing the bad reviews that the camera on last year’s Moto X received, Motorola has blessed this device with a new 21MP shooter that’s capable of 4K videos and is complemented by a Dual Color Correlated Temperature (CCT) flash. Its front camera bears a 5MP sensor, an 87-degree wide angle lens and a selfie-focused flash.

Here’s a neat look at the key specs of the new Moto X Style:

There’s a 3000mAh battery onboard which supports fast charging. This Style model has been blessed with an attractive price of $399 unlocked. Apart from carrier-branded variants, it will also be sold in the form of a Pure Edition in the US, that won’t be locked to any single carrier and will support all LTE bands.

Moto X Play
Motorola has this year felt the need for a strong mid-range device which it has launched in the form of the new Moto X Play. It offers a 5.5-inch full HD monitor and runs on the combination of a Snapdragon 615 chipset and 2GB of RAM. Despite carrying the same 21MP camera as its top-end variant, it does not support 4K videos owing to the limitations of its SoC. 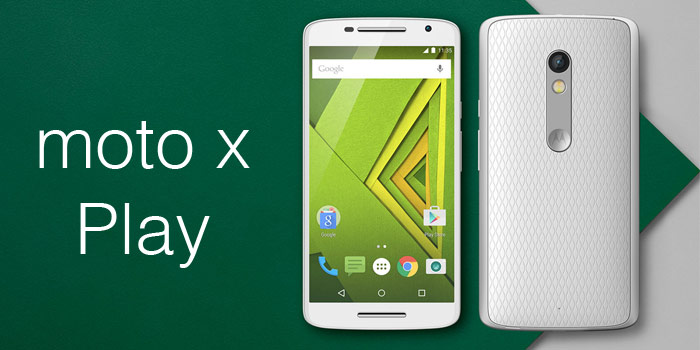 This smartphone will be offered by the company in 16GB and 32GB models which will both kick in microSD card slots. There’s a 5MP front shooter present on it as well, but it’s not complemented by a flash. Its fast-charging compliant 3630mAh battery happens to be a huge highlight. This device costs $299 unlocked.