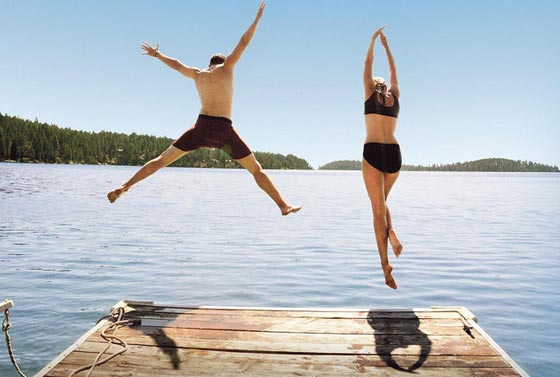 If it wasn’t for the latest update claiming that the Moto X release date is not scheduled for July 11, we’d actually have two massive events to look forward to this coming Friday. Don’t you hate it when spoilers spoil spoilers? The Nokia EOS or Lumia 1020 or 909 (it’s a new 41MP camera phone by any other name) is definitely happening on the said date and every self-professed tech buff is obviously counting down to it.

But there were some whispers of Google planning to rain on Nokia’s parade with the Moto X, courtesy of keen-eyed audiences and tech guru, Leo Laporte. First off, readers were apparently pointing to the ‘X’ and ‘I’ shapes formed by the two folks taking off from the pier as a clue to the launch of the phone. The letters placed side by side, are the Roman numerals for 11. This was what gave rise to speculations about a July 11 unveiling for the device.

Then there was Laporte who revealed that Guy Kawasaki had invited him to an event scheduled at around the same time. While nothing was specified, it was mentioned that the Google campus would be playing host to a small group of journalists next week. While talking about it, Laporte had hinted that it could just have to do with the smartphone. But the latest update on a CNET post says otherwise.

The website we’re referring to does not put a name to its source, but cites that the forthcoming event will not be about the Moto X. At least we do know that its release in not far away considering the sign-up page which went live recently. This ‘Born in the USA’ handset has been garnering a lot of attention over official word indicating buyers will be given the choice to design it as they please. Well, we won’t be too chuffed if color and engraving options will be the only customizable features of the device.

We must confess, all we noticed was the ‘I’ and ‘Heart’ formed by the shadows of the two divers in the Moto X advertisement.