The Moto G is a huge success in the Indian market and Motorola feels that its Moto X could achieve the same popularity as its affordable smartphone. The company confirmed that the once US-exclusive handset is now entering Asia and that will reach India in the next few weeks.

This news was made official through the company’s Twitter account where it also mentioned that the Moto X flagship will be headed to Australia as well. The smartphone was launched in the UK back in January and it’s also available across Europe for £380 or €399. In the US, the handset has received a few price cuts and Motorola has also been offering various promotions and discounts.

Q: When will see Moto X in Aisa A: In next few weeks Moto X will launch in India and Australia #MotoMWC

The Moto X is one of the most customizable handsets available. The company allows buyers to create their own personal color schemes through the Moto Maker online tool. In India, however, this option won’t be available at launch and there’s no word on whether the company will bring the web app at a later date. The main highlight of the Moto X is its touch-less design where you can access various features through simple voice commands.

This is made possible owing to the custom X8 chipset that features dual Snapdragon S4 Pro cores for the heavy lifting and dual low-power cores which enable the always-on voice function. The Moto X smartphone has a 4.7-inch HD display and it runs on Android 4.4 KitKat. 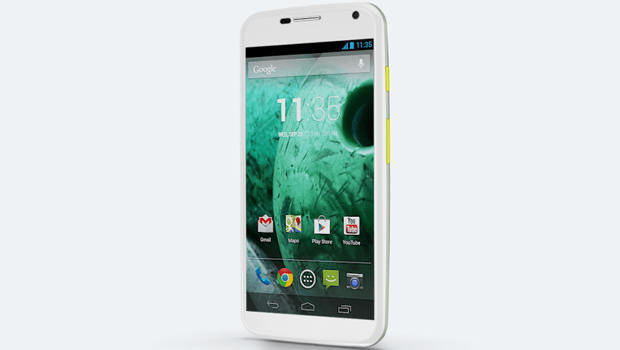 No concrete release date or price has been provided for the Moto X in India. In other news, the company also tweeted that the successor to the current flagship will arrive late summer.