Moto X to enter UK on February 1, to set you back by £380 off-contract

The Moto X has finally decided make its much-awaited entry into the UK market and the release date has been set for February 1. All the major retailers in the nation will play host to the device and its unlocked price has been tagged at £380 or €399. But it should be noted that you will not be given an option to customize the device like your American counterparts, at least for a few months.

Let’s take a look at all the features of the Motorola smartphone. The very first thing that you notice on the Motorola phone is its touchscreen, a 4.7-inch AMOLED one, capable of rendering HD visuals in 720p resolution. Next to the display, you will find a 2MP HD webcam, while a 10MP snapper rests on the flip side. 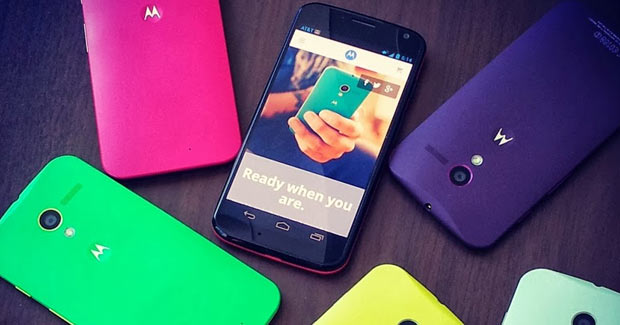 The Motorola X8 mobile computing system featuring a customized version of the 1.7GHz dual core Qualcomm Snapdragon S4 Pro processor as well as a quad core 320 GPU powers the gadget from within. 2GB of RAM has been tossed into the mix as well and you even get to hoard digital content of up to 32GB capacity on the handset. 50GB of Google Drive storage comes with each unit, free of charge for two years.

All of these components are placed within the chassis with dimensions of 129.4 x 65.3 millimeters. It tips the scales at 130 grams and sports a curve measuring 5.7 to 10.4 millimeters. The 4G LTE-enabled phone runs Android Jelly Bean and should receive the KitKat update.

The Motorola Moto X will be available through Carphone Warehouse, Phones 4u, O2, Amazon and Techdata in black. Phones 4u will sell the whitewashed version of the handset exclusively for three months.