Those in the US who were trying to get themselves a MotoMaker customized Motorola Moto X smartphone as part of a Cyber Monday discount deal ran into quite some trouble, even as the site crashed due to heavy traffic. But good news has been delivered by the company subsequently by announcing that the deal will kick off once again on Wednesday as well as on next Monday.

Motorola apology CEO, Dennis Woodside has issued an apology to affected consumers through a blog post. Revealing that they ‘misjudged’ the ‘overwhelming consumer demand’ for the customized Moto X, he said that their pre-sale site testing did not prove to be enough for what was to come on Cyber Monday. 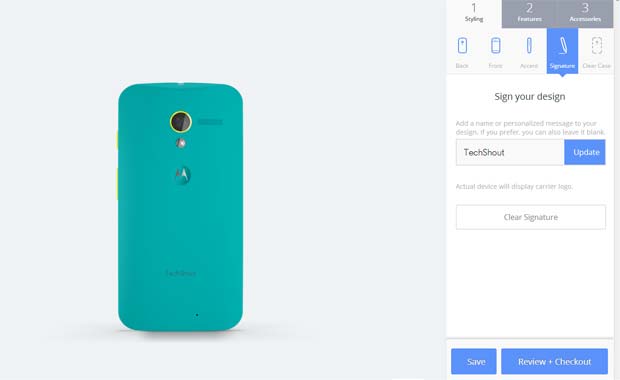 The said promotion for the Moto X was supposed to offer buyers a chance to prepare their own customized handset for a price of $349.99 (16GB) and $399.99 (32GB). The deal will resume on Wednesday, December 4 at 9am PST, and will also be made available on next Monday, that’s December 9. It should be noted however that the Cyber Monday deals on the Developer Edition of the Moto X have all been sold out.

This device was a launched by Motorola earlier this year to much fanfare, equipped with a 4.7-inch HD AMOLED display, a 1.7GHz dual core Qualcomm Snapdragon S4 Pro chipset and 2GB worth of RAM. A 10.5MP camera and a 2200mAh battery are also included among its offerings.

The Wed & Mon 12:00 p.m. ET sale will be for Moto Maker only. The Dev Edition Cyber Monday deal is sold out.

Again, the Motorola Moto X will indeed be getting its much craved for Cyber Monday deals this Wednesday and next Monday, so interested parties will have plenty of time to customize their devices.

Facebook
Twitter
Pinterest
Linkedin
ReddIt
Tumblr
Flip
Previous articleKarbonn Titanium S5+ is yet another take on the mid-range affordable smartphone
Next articleSamsung Galaxy Note 3 Lite seems to be in the offing, to be released at MWC 2014?