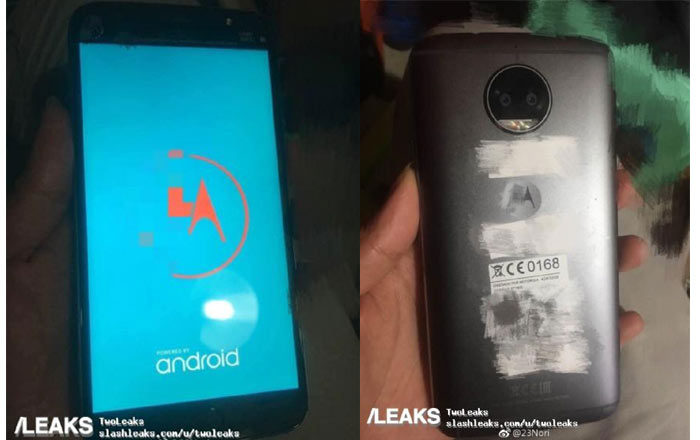 Two of Motorola’s upcoming handsets have gotten leaked yet again, with the Moto X (2017) starring in a couple of Weibo-sourced live photos and the Moto E4 getting its specs revealed via Geekbench. The company hasn’t said anything about either, but an official release shouldn’t be too far off.

Starting with the alleged Moto X (2017), the handset looks very similar to the Moto G5 in terms of design. It sets itself apart from the latter thanks to a dual camera setup on the back, one of which might have a 13MP sensor. There’s also an LED flash unit up front to assist with selfies in low-light conditions.

Speculation so far has suggested that the Moto X (2017) will contain 3GB of RAM, but the handset in the images apparently carries 4GB of RAM. This might mean that the smartphone will be sold in multiple variants carrying either 32GB or 64GB of ROM.

Other possible specs include a 5.5-inch screen, Snapdragon 625 processor, Adreno 506 GPU, 3.5mm headphone jack, and microUSB port. Moving on to the Moto E4, the device has popped up on Geekbench running on Android 7.1 Nougat, a 1.25GHz quad-core MediaTek MT6737 CPU, and 2GB of RAM.

Previous rumors have hinted that the phone could feature a 2800mAh battery, 16GB of ROM, 4G support, 2.4GHz Wi-Fi connectivity, and dual-SIM functionality. It’ll probably be an affordable offering going by its specs. A more decked-out variant dubbed the Moto E4 Plus will probably be launched alongside it, sporting a 5000mAh battery and fingerprint scanner.