Motorola is said to be prepping not one, but two versions of the Moto X 2016 which is expected to be launched on June 9. Yesterday’s leak by HelloMotoHK revealed a new Moto X and a Droid Turbo 3 in all their metal-clad glory. But one of the images thought to be of the former smartphone, may actually be that of its second version.

Seen above are the two supposed variants of the 2016 Moto X and not one device. VentureBeat cites an unnamed source familiar with Motorola’s plans whilst making the claim. Both phones are stated to share similar metal bodies, but vastly different specifications.

The ‘Vertex’ version of the Moto X is rumored to feature a 5.5-inch full HD AMOLED display and a 2.4GHz octa core Snapdragon 625 chip. The Motorola handset will allegedly be offered in a 32GB capacity with 3GB RAM combination or a 16GB memory/2GB RAM option. Its rear camera of 16MP resolution might not boast of optical image stabilization (OIS). It could sport laser-assisted and phase detection auto-focus (AF) technologies though. 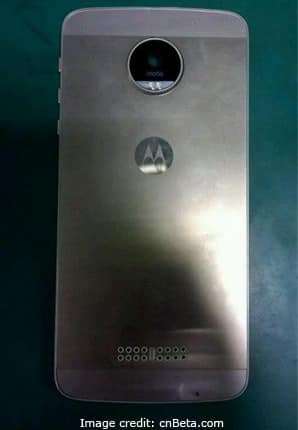 This 7mm device is additionally reported to embed a 3500mAh battery. The ‘Vector Thin’ Moto X looks to be less blessed in the battery department, with a 2600mAh pack inside its 5.2mm thin body. Other major specs cover a 5.5-inch Quad HD AMOLED screen, 32GB storage with 2GB/3GB RAM, a 2GHz quad core Snapdragon 820 processor, and a 13MP camera with OIS and laser AF.

The most interesting thing about the series is the back panel. Each version of the new Moto X shows off a rear plate with 16 holes in it. This array of holes is noted to be a connection pin for attaching modules (Motorola calls them Amps). The modules available at launch could consist of a battery pack, stereo speaker set, pico projector, complementary camera accessory and so on.

First the LG G5 and now the Moto X 2016; and you thought modular phones were dead with Project Ara.