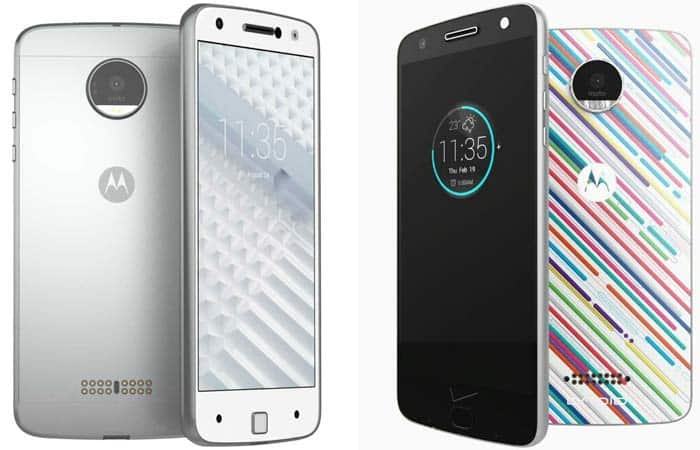 The upcoming Moto X 2016 had gotten spotted in the wild a few months ago sporting a very different look than its predecessors. The photo had hinted that the company was looking to go down the all-metal flagship path that most of its competitors have adopted in recent years.

While the authenticity of the image was questioned at the time, a new set of Moto X 2016 renders now suggest that it was accurate after all. The freshly leaked pictures show off the handset and its colorful Verizon-running Droid equivalent in all its metal glory. The protruding glass-enclosed camera module is more elaborate too, closely resembling the design of the Lumia 950 XL.

Other notable departures include the debut of a physical home button which will probably double up as a fingerprint scanner. The inclusion of the unit has unfortunately pushed the previously front-facing speakers to the back of the phone. Moreover, the Motorola symbol now sits flush against the rear panel as opposed to the distinctive dimple the logo had been housed in earlier models.

As for its innards, the Moto X 2016 may very well pack flagship-standard specs like 4GB of RAM and a Snapdragon 820 processor. Combined with its metal unibody, the brand could be heading towards a more premium price tag than what it usually asks for. It’s a significant departure for a company known for its value-for-money products.

It doesn’t come as a complete surprise though, since Lenovo had previously stated that it was planning to distinguish its phones from Motorola’s by pushing the latter for premium buyers. Rumors so far have suggested that the Moto X (2016) will be making its debut on June 9. We’ll keep you informed on any new information regarding the handset till then.