Motorola’s upcoming Moto M has gotten leaked in a flood of new hands-on photos showing off the handset from all angles. The freshly leaked snaps have arrived courtesy serial leakster Steve Hemmerstoffer and Weibo.

The images appear to fall in line with previous sightings of the Moto M, lending an air of authenticity to the pictures. Hemmerstoffer also went ahead and released a number of specs to accompany the photos. While most of them confirm earlier rumors, some offer a slightly different take on the device.

For instance, the Moto M was previously expected to carry a Snapdragon 625 or Helio 10 processor, but the new report claims it’ll sport a 2.2GHz MediaTek Helio P15 SoC. The CPU came out just last month and promises a 10% performance increase and better battery power efficiency over the P10.

Other notable specs leaked by Hemmerstoffer include a 5.5-inch FHD screen with a pixel density of 401ppi, 4GB of RAM, 32GB of internal room, a 13MP rear snapper, an 8MP front-facing shooter, and a 3050mAh battery. Based on the photos, it’s seems that Motorola is planning to opt for an all-metal build and a fingerprint scanner on its back, the latter being a first for the company. 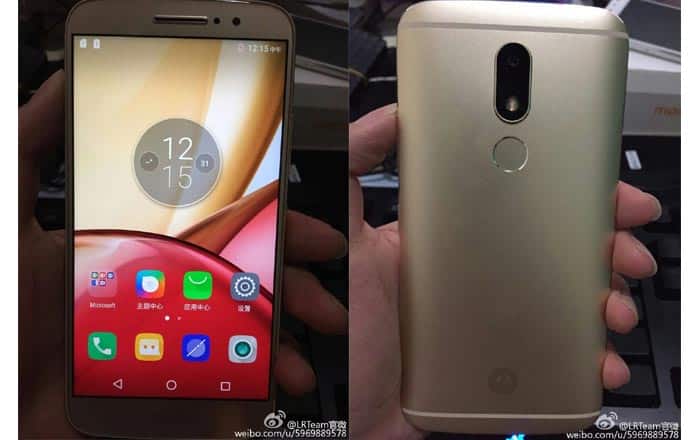 Lenovo is expected to announce the Moto M alongside its own Lenovo P2 on November 8 in China. The second is a battery powerhouse, boasting of a massive 5100mAh unit. It’s likely to be priced at around EUR 249 (roughly Rs 18200).