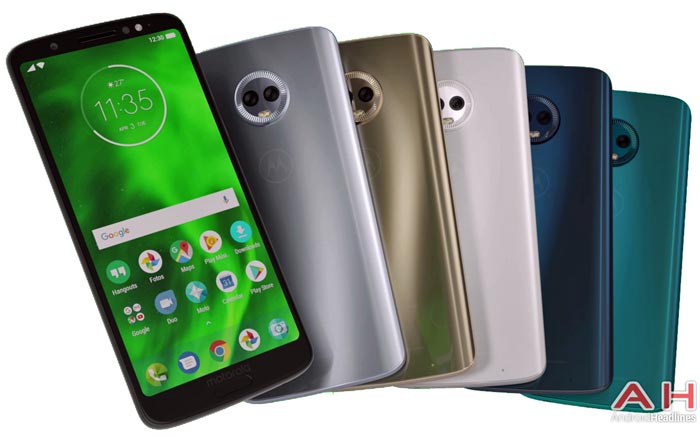 Motorola’s upcoming Moto G6 Plus has gotten leaked in an in-depth report which dives into the appearance and specs of the device. The phone might just launch besides the Moto G6 and Moto G6 Play at the MWC 2018 next week.

Based on the photo above, the Moto G6 Plus is going to be sold in a wide variety of color variants namely cyan, gold, silver, blue, and white. There’s going to be metal and glass present, along with a curved back design. The dual cameras at the back have been encased in a very prominent cutout for added style.

While the Moto handset’s display is apparently of the 18:9 variety, there are still plenty of bezels all around. The bottom one houses a home button pulling double duty as a fingerprint scanner, good news for anyone who prefers physical buttons up front.

A Snapdragon 630 processor might be found ticking inside the Moto G6 Plus, right besides a 3250mAh battery to power its activities. Android 8.0 Oreo is a given, along with on-screen navigation buttons. The power and volume rockers have all been placed on the right.