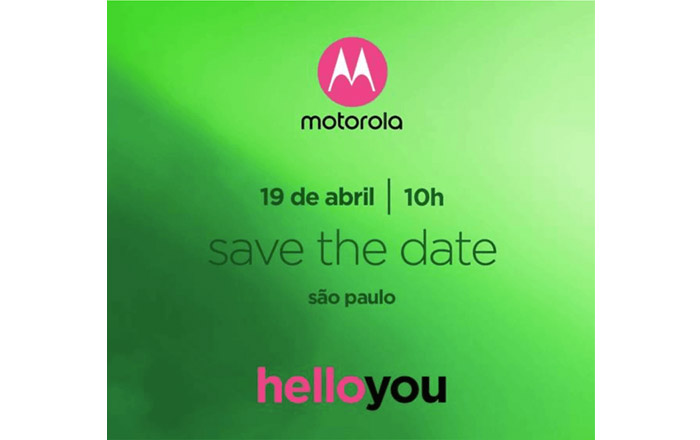 There’s been a steady drip of news regarding Motorola’s G6 series over the past few months, giving away nearly all details except for when exactly the phones would be coming out. That mystery might have just been solved with the arrival of an invite for an event in Brazil.

The launch is taking place on April 19 in Sao Paulo. The invite itself doesn’t give much information away, but the green shade does match the wallpaper color seen in several renders of the Moto G6 lineup. Said lineup consists of the Moto G6, Moto G6 Plus, and Moto G6 Play.