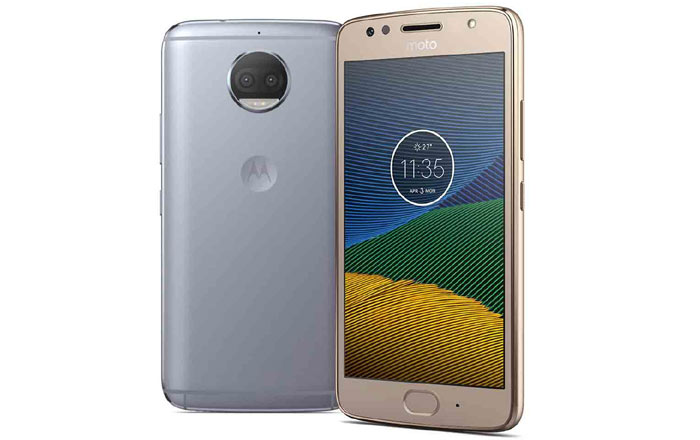 The Moto G5S Plus and Moto X4 have gotten leaked in a series of tweets by frequent tipster Andri Yatim. The handsets are widely expected to get unveiled at some point this month, with rumors pointing towards a June 21 or 27 launch date for the former and June 30 launch date for the latter.

Going by Yatim’s posts, the Moto G5S Plus is set to run on a Snapdragon 626 processor and boast of dual cameras on its back. It apparently measures 5.5-inch diagonally and has been carved out of metal. A 3068mAh battery may keep the lights on. It could hit stores priced somewhere between Rs 18999 to Rs 19999.

The leakster also posted a catalog shot of the Moto G5S Plus (see above). The handset looks identical to its previous variant save for the presence of dual cameras, front-facing LED flash, and M logo dimple. This isn’t that surprising given the upcoming phone is probably going to serve as an update to the original, targeting people who want enhanced photography options.

Also Read: Moto C Plus coming to India on June 19

As for the Moto X4, the smartphone is supposedly going to cost Rs 20999 based on a prior leak. Yatim claims it’ll have a ‘posh build’ composed of a metal alloy and 3D Glass. It may also get its hands on specs like a more capable Snapdragon 660 SoC and larger 3800mAh battery. IP68 certification for protection against dust and water might also be in the works.

Finally, Yatim asserts that the Moto Z2 will be available in a 6GB of RAM variant. Motorola might be planning to launch its flagship offering on June 27.