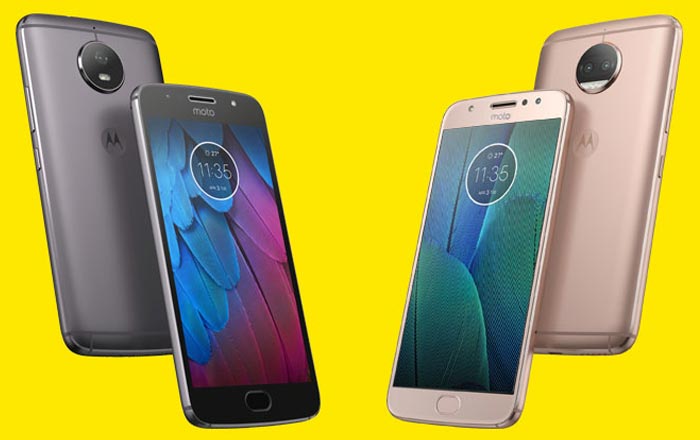 Motorola’s finally let the cat out of the bag, revealing the Moto G5S and Moto G5S Plus to the world as special edition versions of its predecessors. The two have arrived roughly 6 months after the original models, with the company claiming that it decided to do so in order to take the latest technology and make it available to all.

In the case of the Moto G5S, this has meant an upgrade to a full-metal aluminum unibody design. It’s also gotten a 16MP camera equipped with phase detection autofocus (PDAF), dual-LED flash, an aperture of f/2.0, and a Pro Mode. The display is slightly bigger at 5.2-inch rather than 5-inch, but the resolution has stayed the same at 1080p.

Another notable upgrade comes in the battery department, with Motorola supplying it with a 3000mAh unit, a tad larger than the Moto G5’s 2800mAh powerhouse. Internal storage has now doubled to 32GB, with expandable memory and RAM sticking to 128GB and 3GB, respectively.

The Moto G5S Plus’ biggest change has happened on its back thanks to the addition of an extra camera. The all-new 13MP duo allow for blurred background effects and black and white photos with selective colors. Users can even replace a photo’s background with an image from their Google Photos Library, working as a sort-of green screen-like tool.

Even the selfie snapper has gotten promoted to an 8MP resolution. The panel has gotten bigger as well, going from 5.2-inch to 5.5-inch for more screen real estate. The battery is the same at 3000mAh, as is the Snapdragon 625 processor. Motorola’s also added two more Moto Experiences in the form of Night Display and Quick Reply.

Specifications of the Motorola Moto G5S Plus: