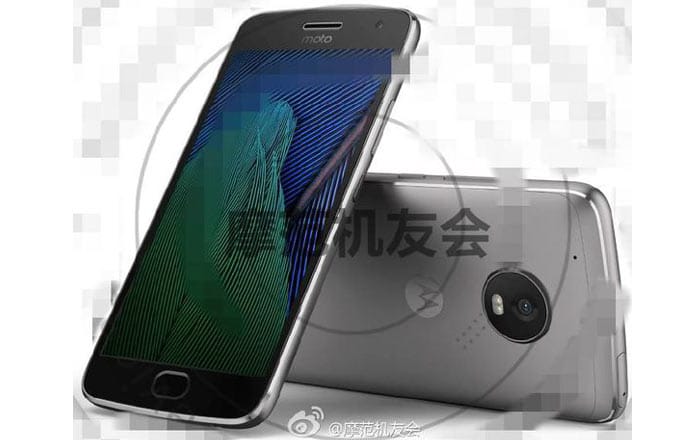 Motorola’s upcoming Moto G5 Plus was recently leaked in the form of multiple hands-on snaps that showcased nearly every angle of the smartphone and revealed quite a few specs as well. Now a Weibo poster has uploaded what may well be an official press image of the handset.

The photo notably falls in line with previous alleged pictures of the Moto G5 Plus. If authentic, the image serves as further proof that Motorola is planning a Moto Z-inspired look for its budget series, complete with a prominent camera module that forms a significant hump on the back and dual-tone flash which has been positioned below the lens.

Specs-wise, the Moto G5 Plus is expected to sport a 5.5-inch 1080p screen and run Android 7.0 Nougat. Its fingerprint scanner will possibly be embedded directly on to its home button. It may get things done with the help of an octa-core Snapdragon 625 processor and Adreno 506 GPU.

Also Read: Moto Z Play gets $50 shaven off its price tag in the US

In terms of memory, the Motorola offering might get stuffed with 32GB of ROM and 4GB of RAM. Photography could be taken care of courtesy a 13MP rear snapper and 5MP front-facing shooter. A 3080mAh battery may juice the handset. It is likely to be sold in two color options namely silver and gold.

Motorola is apparently going to launch the Moto G5 Plus in March this year. The device will probably be accompanied by the Moto G5 going by the brand’s past launch patterns.