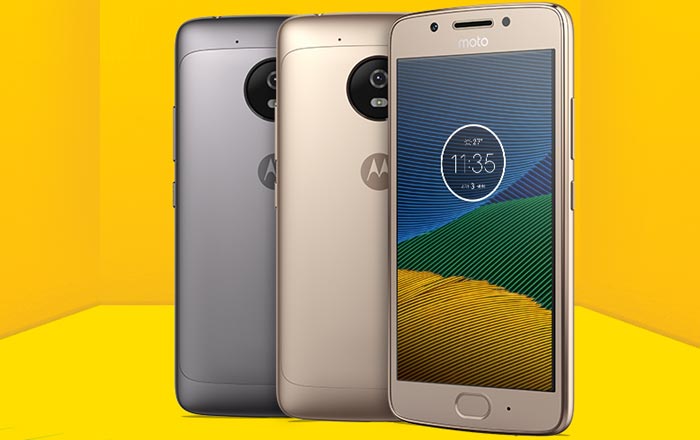 The Moto G5 has officially been launched in India, coming just a few weeks after its bigger Plus counterpart made headway into the country. The more compact version is set to be sold exclusively via Amazon India starting from 11:59 pm today.

Motorola’s slapped a Rs 11999 price tag on the Moto G5, bringing only its 16GB of ROM and 3GB of RAM variant to India. The company’s showered it with a number of deals to entice potential customers. For instance, they’ll get Rs 1000 as cashback via an HDFC Bank credit card. Prime members get the same amount if they utilize their Amazon Pay balance.

Moto G5 buyers will additionally get an extra Rs 500 off if they exchange their old phone, a free 16GB SanDisk Ultra microSD card, 80% off on Kindle eBooks, and 28GB of 4G data and unlimited calls from Idea. Furthermore, every tenth customer gets a free pair of Sennheiser CX180 earphones.

Some of the biggest selling points of the Moto G5 include the fact that it runs on Nougat out-of-the-box, carries a 13MP camera furnished with PDAF and dual-LED flash, features an all-metal construction, and offers software enhancements like Moto Display and Moto Actions. There’s also support for Google Assistant arriving via a software update.

The Moto G5 will be available in Lunar Grey and Fine Gold colors. Once again, you can buy it via Amazon India.