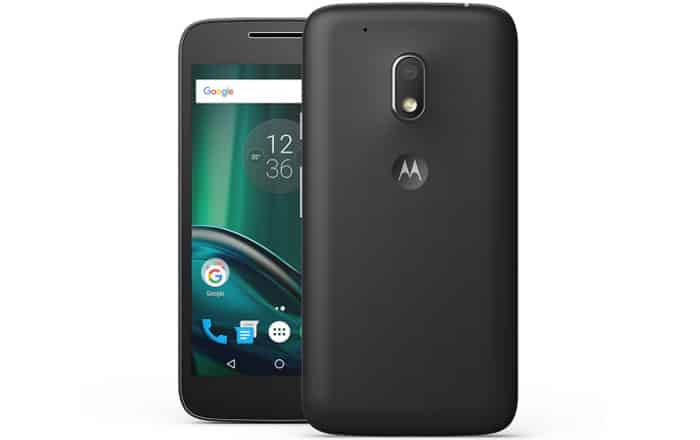 Motorola is all set to launch the Moto G4 Play in India a couple of months after announcing the phone. The brand’s Twitter account made the handset’s arrival official via its cover image. The photo also confirms that it’ll be an Amazon-exclusive which will go up for sale on September 6.

To recap, the Moto G4 Play was launched shortly after the debut of the Moto G4 and Moto G4 Plus. The device functions more or less as a budget alternative to the two. Specs-wise, it could even be considered the direct successor to the Moto G (3rd Gen) thanks to its mix of solid entry-level specs within the same affordable segment.

Motorola is probably trying to target consumers who don’t want to shell out extra cash for a fingerprint scanner or a bigger screen and preferred the G3’s smaller form factor. Buyers can also look forward to getting enhanced water resistance and a revamped design.

Here’s a quick rundown of the specs of the Moto G4 Play:

Price details for the Moto G4 Play haven’t been announced yet, although a previous leak had indicated that the smartphone would be sold at Rs 8999. We’ll keep you updated as and when the handset lands in India on September 6.