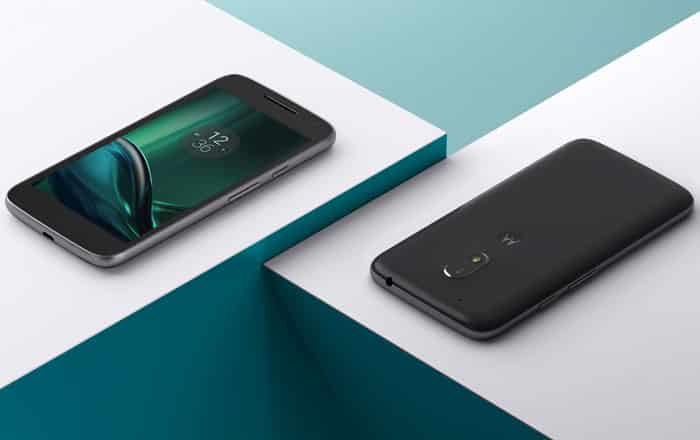 After having been showcased in May this year, the Moto G4 Play has finally made its way into India. This new device from Lenovo boasts of a price tag of Rs 8999, and is slated to go on sale exclusively via Amazon at 10pm today.

This Play model is the most affordable one from this year’s Moto G4 phones, the smaller among which costs Rs 12500 and the larger, Rs 15000. However, there’s some serious trimming down done in terms of specs here.

The Moto G4 Play gives you a quad core Snapdragon 430 processor that’s paired with just 2GB of RAM. A 5-inch 720p HD screen sits on its front surface, while an 8MP camera can be found resting on its rear end. Selfies are taken care of by a 5MP front camera.

A quick glance at the specs of the Moto G4 Play:

Like all phones from the company, this variant of the Moto G4 too ships with a near-stock version of Android 6.0 Marshmallow OS which is only accompanied by a few Motorola-developed tweaks. It grabs a 2800mAh battery moreover. And although it has been mentioned that it’s a 4G device sporting VoLTE, there’s still no word on whether it will offer dual or single SIM slots.

Also Read: Moto E3 to arrive in India on September 19

Like we said, the new Moto G4 Play will be going on sale in India at 10pm tonight via Amazon. A host of discounts and offers will accompany it until September 13. These include Rs 15000 worth of e-cash from Yatra and a Rs 100 discount on BookMyShow.