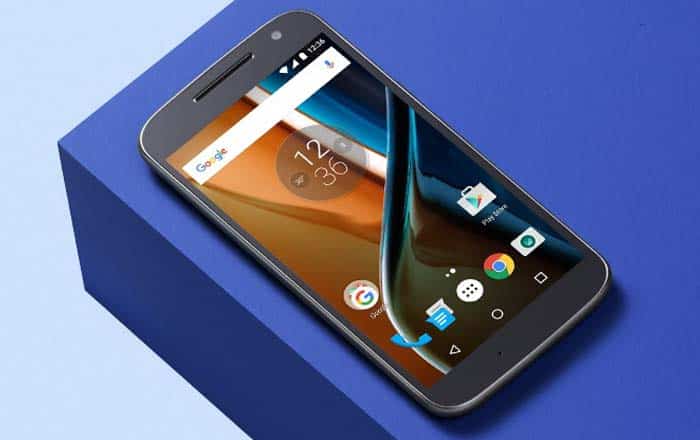 Available for purchase now on Amazon is the Moto G4 smartphone which has been blessed with a price tag of Rs 12499. As opposed to this, its Plus model which was released earlier this month, can be grabbed at Rs 13499 (2GB RAM) or Rs 14999 (3GB RAM).

The Moto G4 comes in the form of just one variant which offers 2GB of RAM and 16GB of storage. As for the processor, it has gone for a 1.5GHz octa core Snapdragon 617 CPU which comes with the Adreno 405 GPU for enhanced graphics performance.

Moto by Lenovo has granted this device a 3000mAh battery which comes with support for Turbo Charging. This allows the power pack to gain 6 hours of juice in just 15 minutes.

A quick glance at the specs of the Moto G4:

Just like the Moto G4 Plus, this phone too features a 5.5-inch 1080p display which is covered with Corning Gorilla Glass 3 for protection. It’s a dual SIM phone offering 4G support on one of its SIM slots.

Android 6.0.1 Marshmallow is its operating system, and as always, its makers have not tinkered much with the stock version of the software. The G4 ships with a 13MP rear camera and a 5MP wide-angle front snapper.

Those interested in purchasing the new Moto G4 can head over to Amazon right now in order to place their orders. It’s available in both white and black color options.