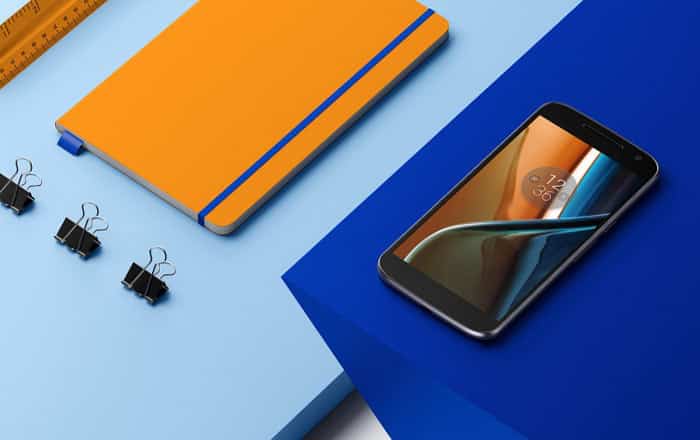 While Motorola had launched the Moto G4 and Moto G4 Plus together about a month ago, it decided to release only the latter in India immediately after the unveiling. The company is now finally planning to roll out the former on June 22.

Like other Motorola phones, the Moto G4 will be exclusively sold via Amazon India as well. Unfortunately, there’s no word on the asking price of the handset yet. The Plus variant is currently available at Rs 13499 for the 2GB of RAM and 16GB of ROM model, so the new phone should cost less than that.

The Moto G4 has a lot in common with its Plus sibling. However, the first is differentiated by its lack of a fingerprint scanner and physical home button. Furthermore, it houses a 13MP rear camera instead of the second’s 16MP one. It’s also only available in a 2GB of RAM and 16GB of ROM avatar.

Motorola has infused the smartphone with a fairly large 3000mAh battery which can apparently last all day. The Lenovo-owned brand has enhanced the offering with its signature TurboPower technology thanks to which the device can supply 6 hours of power after just 15 minutes of charging.

Here’s a neat summary of the main specifications of the Moto G4:

We’ll keep you updated regarding further details of the Moto G4 the moment it lands in India on June 22.