If the Moto G successor sticks to a low price, then you could hardly say that the minor upgrade being touted by its leaked list of specs is not justified. An image of the phone has appeared and while it has not been confirmed as a Moto G2 or whatever Lenovo-owned Motorola will call it, there are speculations that it is indeed the next G.

Outed by Mellando no Android, the photo shows a handset which takes design cues from the Moto G as well Moto E. It mainly retains the exterior flaunted by the former, but moves the speaker grille to the front. According to the specifications picked up by Phone Arena, the upcoming phone will hardly be an impressive upgrade from the existing model. 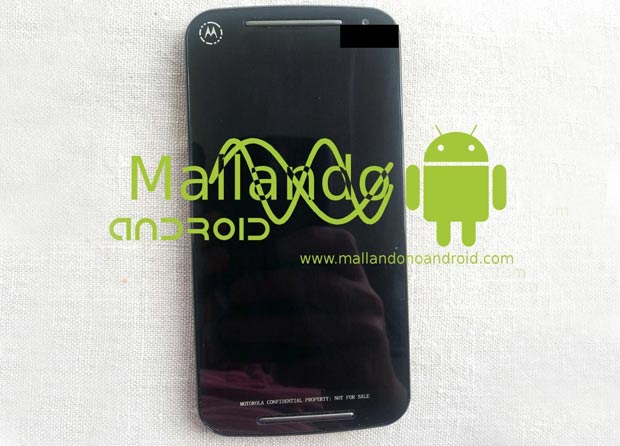 If you compare the features of the Moto G to that of its alleged successor, it has barely anything new to offer. There’s a 720p resolution display of unknown size on it and a quad-core Qualcomm Snapdragon 400 chip under the hood. The visuals will be powered by Adreno 305 graphics muscle and you get two SIM card slots too. The only change is the camera which has been bumped up from 5MP to 8MP.

At present, the Moto G comes in a single SIM variant, a dual SIM version and a 4G-capable model.