The Moto G, an affordable smartphone by Motorola has finally dropped anchor in India and those who have been eagerly waiting for the gadget will be glad to know that they can now purchase it for a starting price of Rs 12,999. This is the cost for the 8GB version and if you are interested in the 16GB model of the gadget, you will have to bid goodbye to a sum of Rs 14,499.

This Motorola smartphone will exclusively be available on Flipkart and will arrive at other retail channels at a later date. Interested customers who place their orders today can make the most of various offers such as Rs 500 off on eBooks, Rs 1000 discount on clothing, 70 percent off on covers for the handset and even 100 percent cash back at Flipkart. 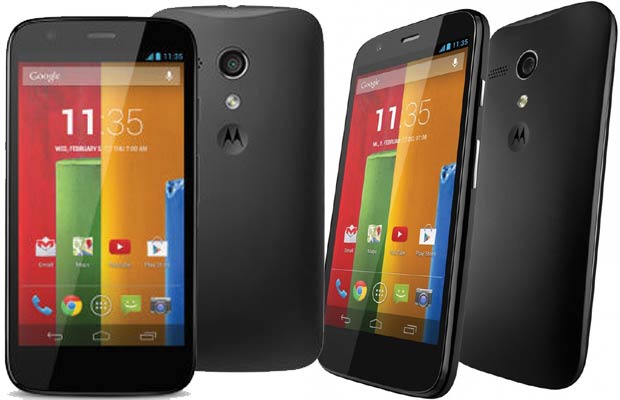 Coming to the specifications of the device, it flaunts a 4.5-inch touchscreen and sports a 5MP camera with flash as well as a 1.3MP webcam. The dual SIM device employs a quad core Qualcomm Snapdragon 400 processor and 1GB of RAM. And although it runs Android 4.3 out of the box, you can expect the KitKat 4.4 update to be beamed out to it very soon. The gadget is fueled by a 2070mAh battery.

As we said, the Moto G will only be up for sale via Flipkart and Snapdeal who received about 1000 pre-orders for the gadget, is likely to start shipping it in the third week of February.

Here’s a list of some of its key specifications: