Moto G appears on Amazon UK, with unlocked price and all

No waiting around to get your hands on the Moto G which will be unveiled on November 13. By the looks of it, fans will be able to lay their paws on it the very next day after launch. Amazon UK has put up a product page for the unlocked device and also calls it the Motorola DVX/XT1032.

The listing confirms a couple of details about the handset and mentions its cost. Accordingly, it is priced at £159.99 for the 16GB memory capacity and comes SIM-free. What’s more, Amazon has even noted the device’s market debut date will fall on November 14. 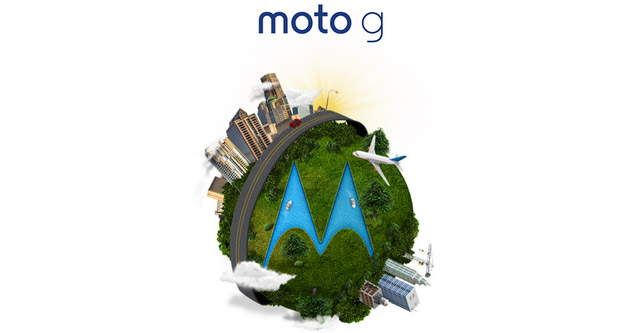 As AndroidOS hints, the Moto G’s previous appearance on GFXBench could mean it’ll arrive pre-loaded with KitKat 4.4 and not necessarily Jelly Bean 4.3. At least five bits of information from the ones leaked so far can probably be considered as good as official.

The smartphone will sport a touchscreen measuring 4.5 inches and embed a quad core processor. 16GB can be counted as one the onboard hoarding space options. The handset will definitely be sold in black. In addition to this, customers will be offered back covers in various colors with which they can personalize their device. 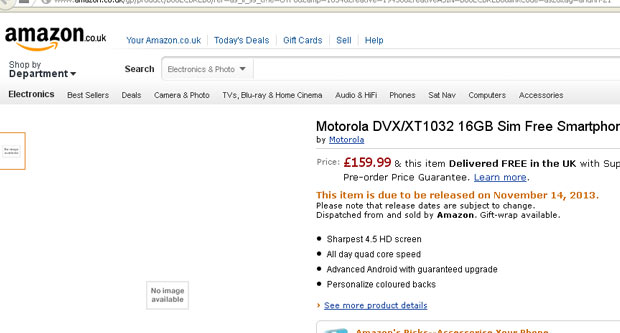 Apart from the 1280 x 720p, 4.5-inch display and 1.2GHz quad core processor, rumors of the Moto G touching down with 8GB of internal memory had also cropped up. We’re expecting to see a 5MP camera on the rear panel and a 1.3MP lens above the touchscreen. The carrier-subsidized price of the phone may be around £135.