Moto G (2015) revealed to be waterproof now, could arrive in Brazil on July 28

Leaks regarding the upcoming Moto G (2015) from Motorola are showing no signs of stopping, and a new one from Brazil has today thrown some more light on its details. The report is claiming that this device will be unveiled in the said country on July 28, and will also be going on sale on the same date.

It is being said that the Moto G (2015) will be sold in Brazil at a price of BRL 899. This translates in dollars as $286 and in rupees as Rs 18143. There’s no reason to be alarmed by these high values, as smartphones are usually pretty expensive in the South American nation. We can expect it to available at the same price as that of its predecessor in other territories.

The above mentioned report comes from a website named TecMundo which also has all the key specs of the Motorola handset outlined. We know most of them through prior leaks, but what has caught our eye is the device’s IPx7 certification which means it can stay under 1 meter of water for up to 30 minutes. 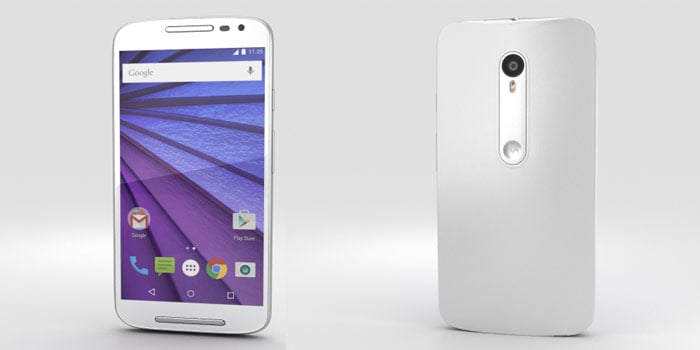 The Moto G (2015) won’t update its display; so you’ll be greeted by a 5-inch 720p HD panel. Qualcomm’s Snapdragon 410 SoC will be fueling its operations, while there is expected to be a choice between 1GB and 2GB of RAM.

Two storage options – 8GB and 16GB – are also apparently on the cards, along with microSD support. Besides, the camera setup will be upgraded to a 13MP rear snapper and a 5MP selfie unit.

Let us now look forward to July 28 to see if the new Motorola Moto G (2015) is indeed unveiled on that date or not.

Facebook
Twitter
Pinterest
Linkedin
ReddIt
Tumblr
Flip
Previous article
ZTE Axon made official but only for the US, delivers top specs at just $449.98
Next article
Yu Yuphoria will be on sale today for those with Golden Tickets