Motorola’s Moto E5 Plus hit headlines last month when a render of it was leaked by noted tipster Evan Blass. The phone featured an all-new design that closely resembled the Moto X4.

The Moto E5 Plus is now back in the news thanks to a couple of Weibo-sourced hands-on photos. The images appear to match up with the previously leaked render for the most part. The screen seems to be outfitted with an 18:9 aspect ratio, but there are still fairly thick bezels at the top and bottom.

The fingerprint scanner can be found at the back, blended with the Motorola batwing logo for a stylish touch. The rear surface looks pretty glossy, with a curved design for better gripping. The camera module has raised some confusion in the past, as several publications assumed that that there were 2 lenses side-by-side. 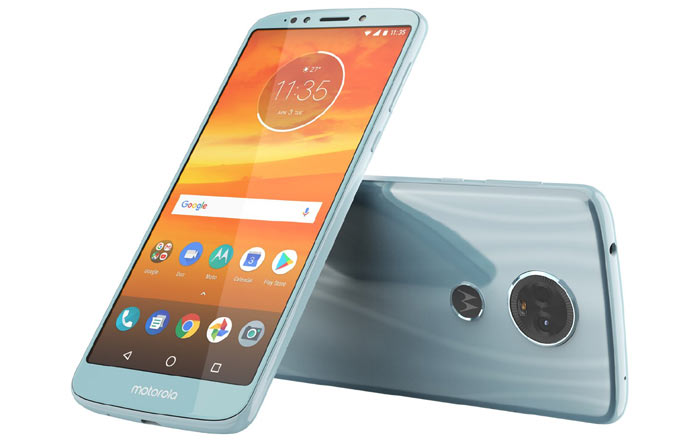 Blass dismissed this assumption, stating that the first cutout is a camera and the second is a laser autofocus system. The new snaps of the Moto E5 Plus don’t clarify this at all, so we’ll just have to take his word for it. An LED flash unit can be spotted beneath the pair, completing the resemblance to an open-mouthed face emoji.

LED flash is also present as an option up front, next to what looks to be dual front cameras. Perhaps Motorola is going to focus on selfies with its new phone. Specs and price details aren’t out yet, but it’ll probably be an affordable device going by the lineup’s history.