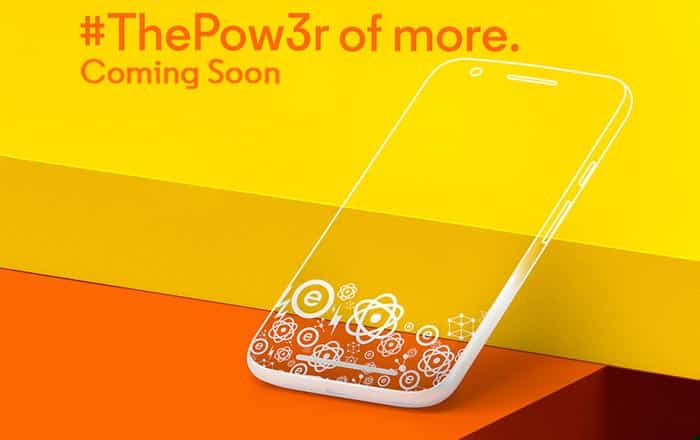 Motorola is gearing up to launch the Moto E3 Power on September 19 in India, officially declaring the handset’s arrival via its local Twitter page. The phone is further set to be a Flipkart-exclusive offering, with the e-commerce site even setting up a dedicated page for it ahead of its launch.

To recap, previous rumors had alleged that the Moto E3 was coming to India on September 19. It wasn’t entirely clear whether Motorola would also be launching the Moto E3 Power besides it. The likelihood of the former getting unveiled here has diminished now that the brand itself has announced the debut of the latter.

Still, nothing is for certain and the company may yet unveil the Moto E3 at the upcoming event or a later date. The handset came out in the UK back in July this year. The Moto E3 Power followed it a month later when it surfaced in Hong Kong priced at HKD 1098 (approximately Rs 9500).

A quick look at the main specifications of the Motorola Moto E3 Power:

Stay tuned for more on the Motorola Moto E3 Power the moment it lands in India on September 19.