Motorola is all set to introduce a new smartphone to its range, and all indications are pointing towards Moto E being the name of that gadget. But we now also have images of the upcoming device which have leaked out, showing us what it will probably look like.

And it so happens that Flipkart is currently teasing the same phone in the form of sketches. The handset from the doodled images which is assumed to be the Moto E is matching the one leaked through the new images in terms of design cues. A front speaker grille is prominent among both the pictures, whereas the size of the earpiece too seems to match. 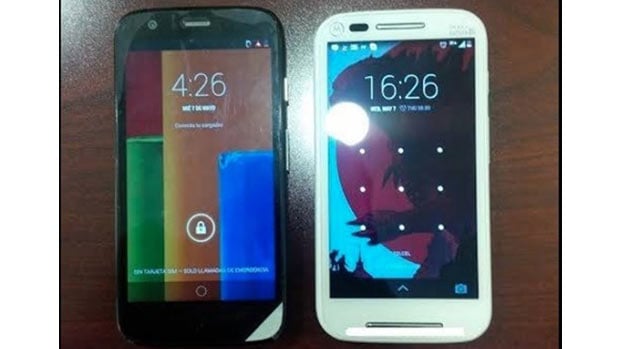 The leaked image was posted by a Facebook user on Motorola Mexico’s official page on the social networking site (spotted by Android Police). What’s standing out in the picture is the lack of a front-facing camera. All that cost-cutting which Motorola will have to do in order to price the Moto E lower than the Moto G has found a victim in the webcam it seems.

Another thing that has gotten confirmed today is that the Moto E will again be a Flipkart exclusive in India. This new device is slated to be unveiled on May 13 at separate events in New Delhi and London.

Here’s a look at some of the previously leaked specs of the Moto E: