Motorola has sent tongues wagging by sending out invitations to an event in London without mentioning what it will be all about. Moto E is currently the best bet as far as speculations about the unveiling of any smartphone go, and there are a few clues about it in the invite as well.

According to Pocket-Lint, the document sent by Motorola reads, ‘Connect more people to the world’s information and each other, and they can do great things.’ It further states, ‘Introducing the next smartphone from Motorola to make these connections happen. Made to last. Priced for all.’ 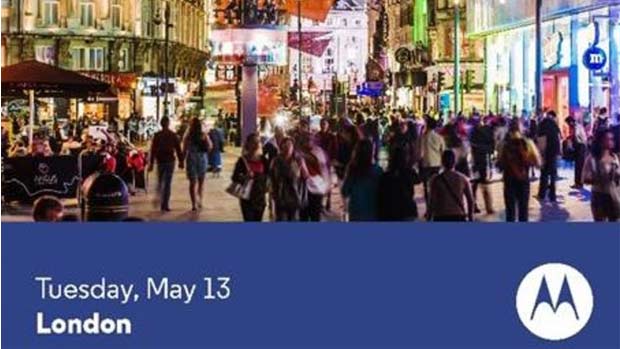 Those last few words speak a lot about what we can expect which is why fingers are being pointed towards the rumored Moto E. This device is being said to be cheaper than the Moto G, and yet it only compromises in the CPU and storage departments.

Past leaks have told us that this new affordable smartphone from Motorola could carry on it a 4.3-inch 720p display, a 1.2GHz dual core processor and 1GB worth of RAM. It will supposedly grab 4GB of storage which makes it likely that a microSD card slot will also be present on it, unlike the Moto G and the Moto X.

This setup will be accompanied by a 5MP rear camera and a 1900mAh battery. Besides, there has also been a report that digital TV tuner support will be present on this upcoming device.

Whether it’s the Moto E or not, we are excited to see whatever smartphone Motorola unveils at its May 13 event simply because two of the most talked about devices of last year came from the said company.