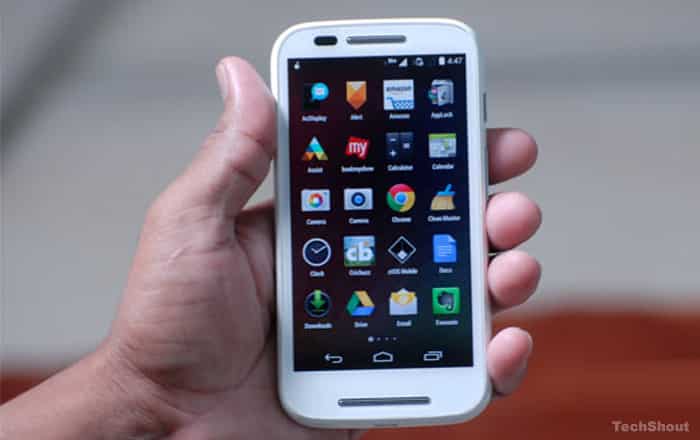 The Moto E (Gen 2) was launched in February last year, which means it’s high time the third-gen model too hit the block. Fresh evidence of the same has been spotted, along with a hint that this year’s smartphone will be dubbed Moto E3 Power, indicating that the focus will be set on battery life.

A handset with the name Moto E3 Power and the model number XT1706 has just received a Wi-Fi Alliance certification, as you can see in the image down below. Back in March, a phone with the exact model name had leaked via benchmark listings, giving us a thorough look at its specifications.

Before we tell you what they are, let us first give you yet another interesting tidbit. The Moto E3 Power is expected to be launched by Lenovo as the Vibe C2 in some markets. This will just mean a software change for the device, as all the hardware will remain the same. 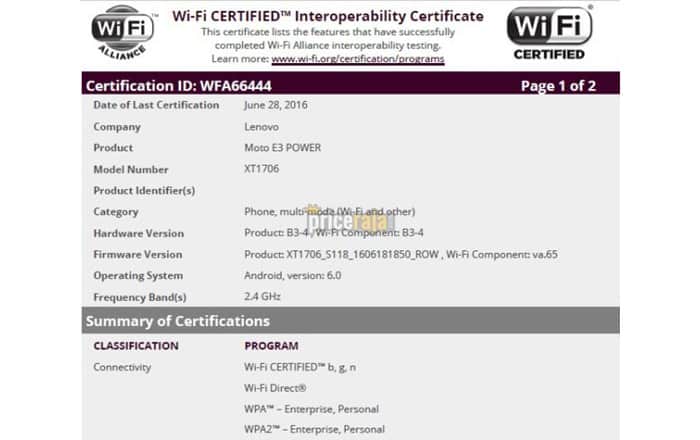 These devices will apparently go for 5-inch 720p displays and quad core MediaTek MT6735P processors. 2GB worth of RAM will be onboard, aside from 16GB of storage, staying true to the low-end ancestry of the Moto E series. Thankfully, Android 6.0.1 Marshmallow will be running the show.

While there was no mention about the battery in the benchmark listings, another leak regarding the Lenovo Vibe C2 had pointed out that it will house a 2750mAh unit inside it. This more or less justifies the ‘Power’ in the Moto E3’s branding; so the speculation about the two being the same device must be true.

Right now, there’s no word on when the Moto E3 Power will be officially unveiled, but we’ll have more on it when additional details are out.