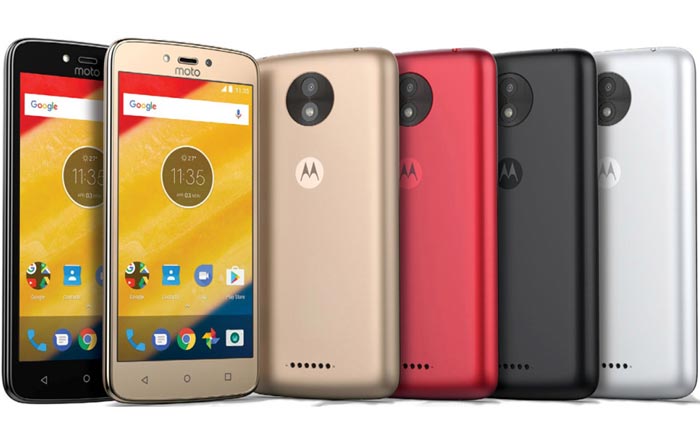 The Moto C has been in the news lately, popping up in a Motorola video and showing up as a leak via Weibo. The handset has now become the subject of an in-depth report that reveals almost everything there is to know about it.

According to frequent tipster Evan Blass, Motorola is actually working on 2 different versions of the phone dubbed the Moto C and Moto C Plus. The Nougat-powered duo is apparently going to be the company’s most affordable handsets ever, even lower down the scale than the Moto E.

Starting off with the Moto C’s specs, the device is set to be sold in 2 iterations. One will feature 3G connectivity and the other 4G support. The former may carry a 32-bit 1.3GHz MediaTek processor and 5MP fixed-focus rear camera and the latter a 64-bit 1.1GHz MediaTek SoC and 5MP autofocus shooter.

Both the Moto C 3G and Moto C 4G will likely measure 5-inch and output an FWVGA (854 x 480p) resolution. In terms of memory, users can expect 1GB of RAM and either 8GB of 16GB of ROM. The internal storage may vary from country to country and according to the cellular modem chosen.

Selfie-wise, the Moto C is probably getting a 2MP front-facing snapper equipped with flash to brighten up dark environments. The handset may further be the recipient of a 2350mAh battery to keep the lights on.

As for the Moto C Plus, it’s also probably going to sport a 5-inch screen, but might up the resolution to 720p. Under the hood, day-to-day operations could be taken care of by a 64-bit 1.3GHz MediaTek CPU. It could pack 16GB of ROM and either 1GB or 2GB of RAM, depending on the region.

Other possible specs include a 4000mAh battery, 8MP primary camera, and 2MP secondary lens. Both the Moto C and Moto C Plus are likely to be available in red, gold, white and black.