Motorola’s upcoming slate of phones have all gotten leaked online over the past few days, providing a sneak peek at the Moto C, Moto C Plus, Moto E4, Moto E4 Plus, and Moto Z2 Force. The first two apparently represent the company’s venture into basic entry-level handsets specifically aimed at first-time smartphone users.

The images of the Moto C and Moto C Plus have come to light courtesy OnLeaks and SlashLeaks. OnLeaks has also collaborated with Android Authority to produce 360-degree videos of both varieties. The devices in the leak mostly fall in line with earlier reports complete with capacitive navigation buttons, prominent rear-facing speakers, and a circular camera module.

The Moto C Plus is supposedly slimmer than its counterpart but has a minor camera bump on the back. It features Lenovo’s logo along its side, something which can also be seen in the render of the Moto E4 Plus. Slashleaks had initially labeled the phone as the Moto E4, but was later corrected by Evan Blass who uploaded a side-by-side comparison image of the duo via his Twitter handle.

The photo indicates that the Moto E4 and Moto E4 Plus will look pretty much the same in terms of design and size. The latter can be distinguished via its physical home button. Moving on to the Moto Z2 Force, the phone has been leaked in the form of press renders and a 360-degree video made by Android Authority and OnLeaks.

Going by the images, the Moto Z2 Force will be bringing back the 3.5mm headphone jack to Motorola’s flagship lineup after the port was dropped in the first series. The smartphone may also be blessed with dual cameras, a thinner profile, a new antenna band style that covers all 4 corners of the device, and a dual-LED flash unit on the front. 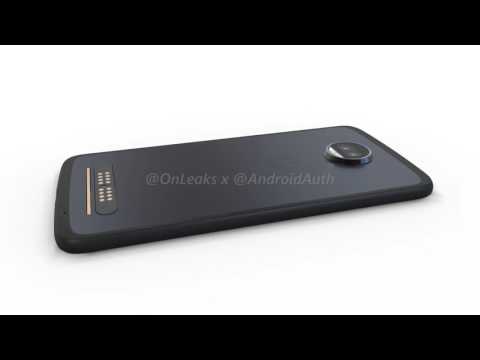