Pricing for the Moto 360 from Motorola has been leaked in the past as well, but this time around, it comes from a retailer which has already put it up for pre-order. This new piece of hardware will apparently be sold in the UK at £199.99, according to the online store.

The model listed on this site – Mobile Fun (via Ubergizmo)- is one bearing a metal strap, so the leather strapped variant will be cheaper than that, we’re guessing. On converting the price of this Android Wear-powered gadget into dollars, it comes to around $339.99. This value is in line with the one that came from a leak back in May this year. 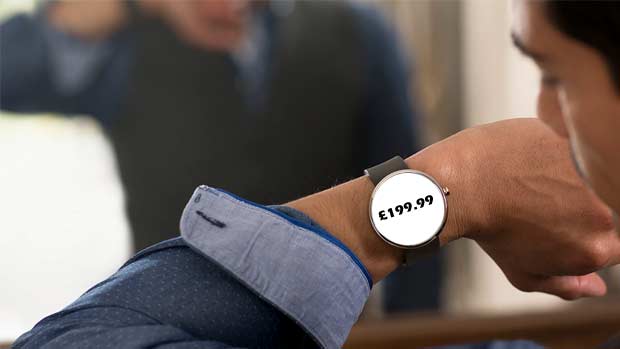 Motorola Moto 360 takes a departure from the rectangular smartwatch trend to offer an old school rounded design. This is one of the reasons for its immense popularity among fans even prior to its release. The device of course runs the Android Wear OS which grants it various Google Now features that you can control using touch or your voice.

Its only competitor right now is the LG G Watch which too remains without a price or a release date. This rectangular gadget has been revealed to be resistant to water and it moreover features a metal body. The G Watch and the Moto 360 are the only Android Wear-based products that have been revealed as of now. Rumors are rife that HTC too is planning to unveil its own smartwatch named One Wear later this year.

Coming back to the Moto 360, the official launch of this Motorola product doesn’t seem to be long away now, so you can expect more details to pop up soon.