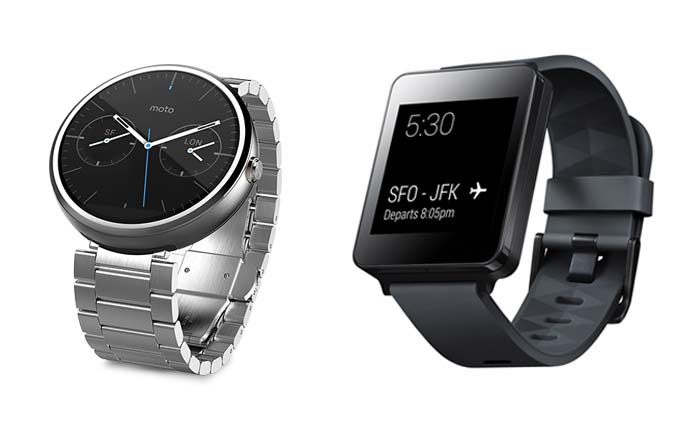 It’s a sad day for those who own the first generation Android Wear devices from Motorola and LG. Both the companies have confirmed that their Moto 360 (2014) and G Watch smartwatches won’t be provided with the Android Wear 2.0 update that’s supposed to arrive during the fall of 2016.

This also increases the possibility of the Samsung Gear Live smartwatch too having been left out of the Android Wear update list since this device was launched in the same year as the other two. It’s being said that these gadgets do not support the basic connectivity tools which the newest update focuses on.

While the Samsung Gear Live and the LG G Watch were released in June 2014, the Moto 360 went on sale later that year. This would make all of them more than two years old by the time Android Wear 2.0 is made available by Google.

This update is supposed to bring with it support for standalone apps, thus eliminating the need for the smartwatches to be tethered to smartphones all the time. Third-party apps will be able to show their data in watch faces, whereas Material Design will be the new design standard adopted by the OS.

For messages, Android Wear 2.0 will take advantage of a smart reply feature as well as a handwriting recognition tool. Moreover, it will even kick in a tiny swipe-based keyboard. Apart from this, the new software will include new ways to interact with notifications as well as a number of fitness-focused traits.

With the Moto 360 and LG G Watch having been confirmed to not be in the Android Wear 2.0 update list, all attention is now focused on whether the Samsung Gear Live too will suffer the same fate.