The concept of modding is hugely popular in the farming video game industry for several reasons. One of these reasons is that it provides a platform for gamers to practically and creatively make valuable inputs in terms of the development of the content and storyline of the games they love playing. This helps to create a closer relationship between modders and game developers, a win-win situation for both parties.

Like in earlier FS versions, modding will be an important feature in Farming Simulator 22 which will finally be launched this autumn, specifically on November 22. Notably, FS 19 was one of the few console games that provided support for mods. Hence, the sizable FS modding family should expect enhancements in the upcoming FS 22. Thomas Brunner, GIANTS lead software engineer has already indicated that FS 22 will come with a vastly improved engine that will make modding “as simple as possible.”

If you are into mod creation, Farming Simulator offers a variety of mod categories such as tractors, harvesters, maps, sounds, textures, several types of farm implements and special equipment, scripts, and many others. While some of these mod types are relatively easy to develop, others are much less so. Be sure to check out the GIANTS Editor software, mod creation, and editing tool introduced by the game’s developer some years ago.

While you eagerly anticipate FS22 mods which will be published on many websites, here are some mods that featured in earlier FS versions.

Controlling workers has never been easier than with the Vehicle Inspector, a mod that allows the inspection of each of the player’s vehicles, to warn if something goes wrong, as well as to ensure the progress and continuity of activities.

It can be used at a long distance, so the player won’t need to travel to the place of activity, he just uses the mod.

Not everything in a farmer’s life is wonderful, he also has to go through difficulties, and that would be no different in Farming Simulator. To make the environment even more realistic, the Government Subside mod is available, allowing players to make loans in tough times, capital is a necessary tool for the development of the farm so that it can also serve as a source of income.

That exciting idea of ​​arriving at the farm and starting to implement infrastructure for its development couldn’t put less emphasis on the real work it gives, the construction in Farming Simulator 22 will not be a cakewalk, and it will require patience and concentration, just like they are also necessary for real-life constructions, why would it be any different?

Not only concentration and patience, but also planning and gameplay, yes, it will be a darn job, but the community has already thought of something to help dear FS brothers and sisters, the Place Anywhere mod is a real marvel. It removes the invisible walls and allows a lighter construction, in addition to allowing the player to move objects anywhere.

The Most Wanted Features

Also, let’s not forget about the various features desired by the public for this new game, there are many improvements made by GIANTS Software for Farming Simulator 22, but there are also some specific expectations among fans, some of which are part of the list are:

Water is an essential asset for the maintenance of the entire life cycle of the earth, and there is no reason for this to be different in a farm simulator, especially when one of the main root elements is water.

The fan community is very eager to see more of this feature in the game to come, they want to see more effects coming from rainwater, such as washing machines, as well as their effect on crops, taking part in some more thing other than preventing the harvest of crops, which have already been confirmed as being present in the FS22.

This feature would bring real-life reality into the simulation environment, allowing the player to experience more on their farm.

It may sound a little extreme, but that’s exactly what happens and fans couldn’t stop asking for it, natural disasters like lightning, recurrent fires in forest areas, and infestations are things that occur in the everyday lives of farmers around the world, and it does affect their productivity as well as their progress, and it would be great to also have these disasters in the universe of Farming Simulator 22, in addition to making it more realistic it would also put the game in a prominent place among other simulators.

Farming Simulator already has everything inside it to become a complete replica of real life, and that in itself is fantastic, imagine with the right updates? It will be amazing and invincible.

People want to live in the game too, they want to relax and learn more from the reality that many of them can’t even get close to, so graphical enhancements like these are a factor to consider in the development process.

More truth on the ground

With the addition of seasonal cycles to the game, the community also expects the improvement in features of the terrain they will explore, more specifically, they want to have a meaningful enough reason to need to change their vehicle tires.

I’ll simplify, even more, we know that driving heavy vehicles is not the easiest thing in the world, even more considering that its main element is the land it moves on, the community wants to feel the land while driving their machinery, which would not be asking too much, after all, many other simulators incorporate this feature into the game without any problem, especially since this is the simulation of a real farm, the land is the most important component of all, so its effects must be felt, to make the scene and the activities even more realistic and conjured.

All the pieces must be in place to finish the masterpiece.

The efficiency of AI workers

The hiring of AI workers to help in carrying out daily tasks became indispensable with the expansion of the farms, it was no longer possible to keep all the work under just a pair of hands, help was needed in the field and animal’s care, but for a while now, players have been complaining about the efficiency of these helpers, and it’s something they don’t want to find in Farming Simulator 22, so they scream for change, and how they scream.

They ask for more awareness in AI workers, some of them hinder progress on the field, having a slow performance and not being able to get past basic obstacles in their path, which ends up frustrating the player, because, with all reason, they want efficient and competent productivity for the continuous growth of their farm.

AI workers are very important pieces in the organization of larger farms, so their lack of control will consequently result in the lack of control of the entire structure organized and carefully thought out by the player, who will have to go back to the planning stage.

We know that unforeseen events can happen in the middle of work, but they must be easily identified, and AI workers must be able to give some feedback if there is something wrong with their processing, this would facilitate problem-solving, in addition to decreasing the player’s cortisol hormones.

It is a feature that players hope to see improved in this new stage of the game, which already promises to be incredible. 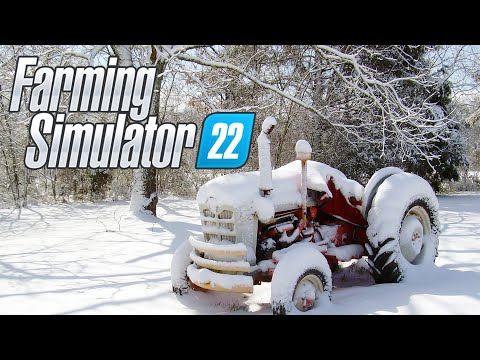