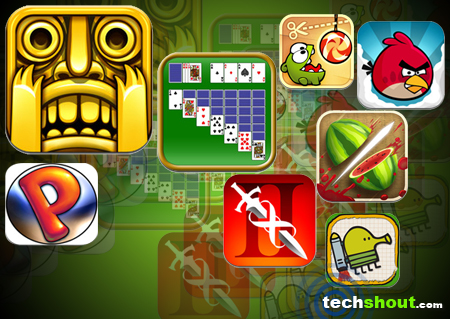 Each pick from among these most addictive iPhone games seems like an entertaining, fun excuse to keep you glued to this fairly slim Apple handset. Undoubtedly, the playoffs are engaging and hence grab a spot in this list. But beyond that, almost all of them are meant to provide an adrenaline rush as you successfully cross levels, gain points and tokens, unlock achievements and brag about them to your friends around the world. If you’re not a regular in the gaming arena, these options might not draw your interest instantly. But as you begin exploring them gradually, they tend to offer a lot more than what can be interpreted from mere descriptions. So take a look at what several of the best developers have in store for you. 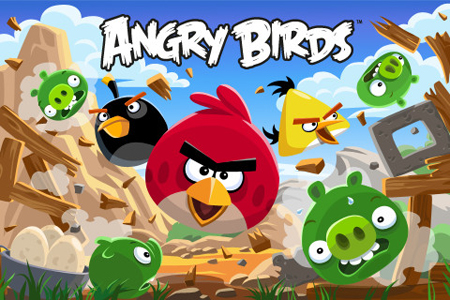 Smartphone users or not, most of us have heard about Angry Birds. These little, feathered creatures want to destroy the clan of greedy pigs who stole their eggs. The pigs lie quiescent in their abode and all you have to do is aim these birds at them by means of a slingshot.

Load one self-destructing critter at a time and hurl it towards the enemy pigs. You get a limited number of birds in each round, using which you have to slay all the pigs. The game employs the basic projectile rules of physics and your points depend on how well you gauge the distance, force required and other such factors. If you take a good look through iTunes, you might find several versions of this game. Pick one, probably Lite, and you may want to follow it up with the rest soon. 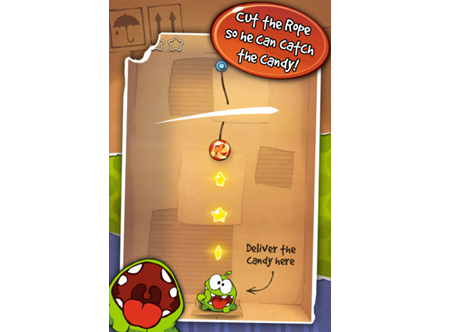 Remember the time when you wanted to feed the animals in the zoo but weren’t allowed to? Ever felt like sharing your food with that stray pooch or even your pet? Whether you have a soft corner for animals or not, you ought to take a look at Cut the Rope brought forth by Chillingo. The game opens with a mysterious package at the doorstep containing your new virtual pet called Om Nom. Since you now have a companion, it is your responsibility to satiate its hunger. And yes, it loves candies. But between Om Nom and candies which are tied to a rope, are a lot of obstacles. Cross these hindrances, fill up this creature’s belly and you get yourself more points and some fun too. 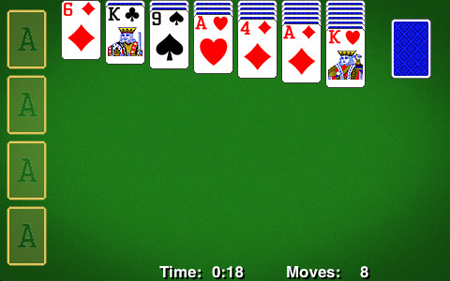 A conventional card game with a simple set of rules, Solitaire is our third pick for the addictive iPhone games lineup. Many of us have played it with a real deck of cards laid down in front of us or even on a Windows PC, on which it comes pre-loaded. But the application for iPhone gives us a chance to carry that pre-arranged deck on our Apple smartphones. In addition to the usual attributes, this app offers more features which probably help in enhancing the appeal of the game. It now enables multi-player options, delivers right- or left-handed provisions, unlimited undo, Vegas scoring, autocomplete and more. Users can take cues on how to succeed with choices like Winning Deals or Show Me How to Win. 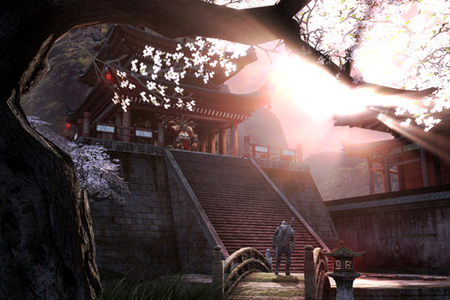 If you are well-versed with the realm of RPGs on smartphones, the original game is probably part of your collection already. Following it up in our addictive iPhone games lineup is Infinity Blade II. The second installment is a continuation of the previous one where the God-King has finally been defeated. This time, players have to unravel the secrets and mysteries of the past while simultaneously going on a present-day expedition. The first level opens up to the protagonist being killed by his partner. But he survives that to wake up in a health chamber. To take the hero further down the road and enjoy the graphics and scripted settings, you can download this Chair and Epic Games release from iTunes. 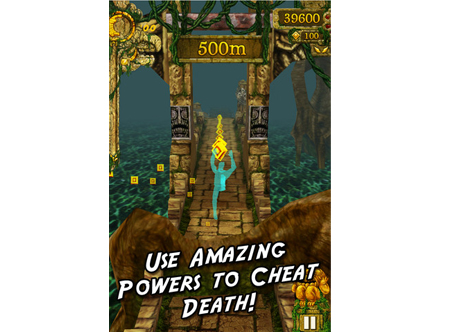 Temple Run looks suitable enough to be part of our addictive iPhone games compilation because it sends you on an endless run when some demonic monkeys start chasing you. This happens because you and your troop of explorers try stealing an idol from a temple. We couldn’t agree more about thieving being a bad thing. But in this case, it does not appear so evil. Plus, you don’t really have to lift the statue. You can grab a lot of points or coins in the form of diamonds all along the way. What’s more, you can even pick from seven different character options. 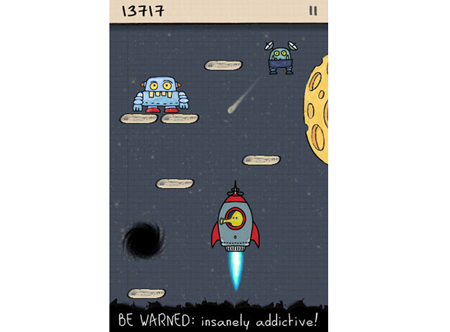 Before smartphones made their presence felt so strongly, PCs and regular gaming consoles had titles where you were supposed to guide a standard central character through terrains while traversing small, but fatal barriers. Helpful components were sprinkled along the way as well, to make you stronger. Doodle Jump can be interpreted as a modern-day mobile reminder of these games. In this title, you have to guide Doodle the Doodler upwards on a graph paper background, making it jump onto safe platforms. 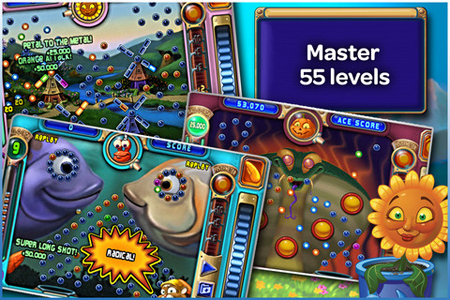 If you pride yourself on accurate shots or wouldn’t mind aiming for some, Peggle can be your practice ground. The game starts with basic adventure training where there are mostly blue and orange pegs. More in different colors are added with each passing level, where the arrangement of these pegs also changes. Your main targets are the orange ones. Hitting them appropriately within the limited number of shots takes you to the next stage. Scoring with green ones helps you decide the exact directions, while purple ones bring in bonus points.

As the name aptly conveys, Fruit Ninja is a fruit slashing game. Move your fingers across the screen as more fruits pop up with each passing level. The game mainly gauges your alertness and responsiveness, which is apparently what makes it so attention-drawing. 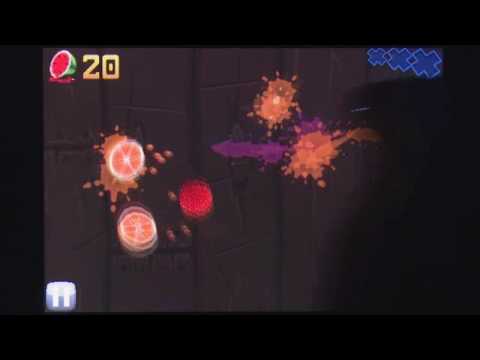 A recent update brings along a new firecracker blade, the addition of peach fruit, the Chinese zodiac background for an appealing setting and more. Your journey will also be enhanced with inputs by ninja Sensei.

Hooked onto any or many of these most addictive iPhone games on our list? If not, hit iTunes and you can grab all of these. And if you can spare some time, do tell us about your favorites.