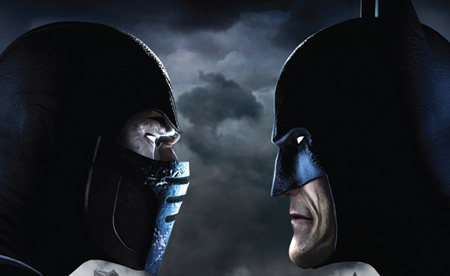 Midway has officially announced the Mortal Kombat vs. DC Universe game. As of now only four characters from the game have been revealed – Batman, Superman who will be against Scorpion and Sub-Zero.

This would be the first time when Scorpion, Sub Zero and the warriors from Midway’s billion-dollar fighting franchise face off against Batman, Superman. The game will feature signature attacks for both sides and a unique and interlacing storyline, claims Midway.

“It is a truly unique and extremely exciting effort to be teaming up with Warner Bros. Interactive Entertainment and DC Comics for the first Mortal Kombat game on next generation platforms,” said Ed Boon, co-creator and executive producer for Mortal Kombat at Midway Amusement Games .

“The DC Universe characters are some of the most popular and enduring characters in the world. By combining them with the Mortal Kombat mythology, all new gameplay modes and features, plus a completely unique storyline crafted by top comic writers, players will now be able to answer the question: what would happen if Batman fought Sub Zero?,” Boon added.

The Mortal Kombat vs. DC Universe is expected to hit the market by Fall 2008. The game would be compatible with PlayStation 3 and Xbox 360 consoles.