More the merrier? China’s Phicomm will start operations in India next month

Indian is already flooded with one too many smartphone makers and we’re seeing even more companies enter into the country mostly from up north. Phicomm is one of the upcoming entrants from China and it plans to commence operations from early next month with its Passion P660 handset.

Invites to a launch even in Delhi have already started rolling out for June 3 and it clearly states that the device in question will be unveiled. The Phicomm Passion P660 is the company’s first 4G LTE smartphone and it falls in the upper mid-range category.

Based on its features, the phone will have to compete with Xiaomi’s Mi 4i and the ZTE Nubia Z9 mini as well as devices from other Chinese OEMs such as Asus and Lenovo. The handset in question isn’t anything to write home about in design. It’s a pretty average-looking smartphone with a 7.4mm thick waistline, 110 grams weight and a magnesium alloy body. 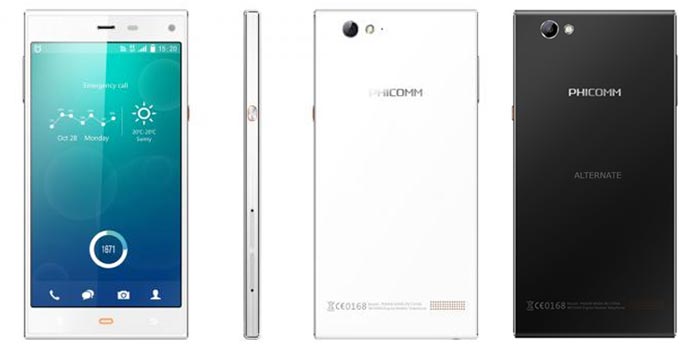 However, it does have some pretty good hardware. The display used here is 5.2 inches wide with 1920 x 1080 pixel resolution. And delivering the steam is a 1.5GHz octa core Snapdragon 615 processor coupled with 2GB of RAM. One noteworthy feature is the internal memory which stands at 32GB.

Additionally, there’s a microSD card slot as well, and it can accommodate an additional 64GB of storage. As for the cameras, the front has a 5MP selfie shooter, while the rear packs a 13MP imager. As mentioned above, the Passion P660 is LTE enabled, but it also offers dual SIM card slots.

There’s no price as yet for the Phicomm Passion P660, but that information will be revealed on June 3.